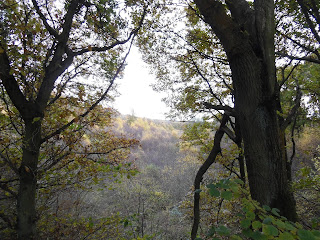 Today I took part in a reading at Newcastle City Library. With five other authors from my local romance writers group. I read a passage from one of my books to an audience who had paid the vast sum of £3 to be present. Perhaps Romance Really Rocks! wasn't quite the best title, for though most of the books had a romance thread in them, they were by no means category romances or, to put it a better way, the romance was not the main thrust of the book.

I chose to read a passage from Queen's Courier, which is my latest and available now in paperback as well as Amazon Kindle. Being new to this game, when I was told to aim for seven minutes I got out the stop watch, selected a passage and then had to whittle it down when the first run through came in at over seen minutes. Then last week we met and planned the event, had a run through and we were all told the time had been reduced to five minutes. Mine came in a 7 minutes 10 secs, so once again I got out the marker pen and deleted words, lines, passages that I felt could go without destroying the sense of the piece.

Words  I found difficult to read aloud without my teeth getting in the way were also struck out. By Tuesday night I had it down to five minutes five seconds and reading at a faster pace brought it well under the five minutes barrier. Never have I appreciated editing more!

So, to the day itself. We could choose to use a lecture-microphone set up, and I did so because my voice is small and I found it a strain to try and project to the back of the room as we are told we must. We had advance information that twenty tickets had been sold, and more people were expected to walk in on the day.

However, only eight people showed up by the time we started. I had opted to go second, after Janet MacLeod Trotter, who has had, and still has, a very successful writing career. I stepped up to the microphone, and began with a small introduction about what inspired my story. If I tell the truth, I enjoyed the reading. The lighting prevented me from seeing the audience in any detail, but shone on my script so that I could see it perfectly. The microphone took away all the strain and allowed me to modulate my tone to fit what I was reading. By this time I knew the piece so well I could almost do it without the script!

Well, I don't think anyone sold any books, but for me it was huge learning experience. When I stepped out of the Bewick Room I was walking alongside the cafe in the library which seats somewhere in the region of fifty people. It was full of ladies of a certain age drinking tea/coffee and eating scones and cake. Why were they not in the Bewick Room, listening to six great authors?
fiction readings Romance Really Rocks! writing

Fay Knowles said…
What a shame more people weren't present, Jen, but as you say, it must have been a great learning experience. Perhaps if there hadn't been a charge the room would have been packed and you would probably have had some book sales arising from it. However, I suppose the library had to charge something because of all the planning that must have gone into the event.
25 November 2016 at 02:23