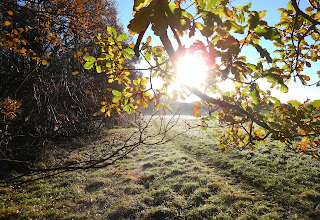 I’ve known I’m getting old for some time because a lot of what is shown on tv disturbs me. I am reminded of my parents, who sniffed in disgust at various things back in their day. Now I find myself doing the same. What sort of things am I thinking of?

So many comedians who are not funny.

Celebrities who vie with each other to wear the least clothing in public and then put the photograph on social media.

Reality programmes that use nastiness of one kind or another to grab an audience.
The way the media supports anyone who knocks the Conservatives but rarely manages to catch anything derogatory or rude about Labour supporters.

The way someone’s views are routinely shouted down, mocked, talked over or cut off in most tv interviews these days.

The cowardly people who use Twitter to annoy, vilify and abuse others.

The obscene amount of money that is bandied around in football and most other sports today.

Advertising on tv – and anywhere, for that matter - that tempts people in gambling.

The focus on food adverts when the nation already obese.

Blogger thinking I have spelling errors when I am using British English!


Just a few of my least favourite things. Have I mentioned anything that annoys you these days? There must be something!
changing views media media interviews news social changes television the press