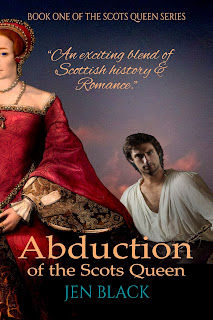 Book 1 : Abduction of the Scots Queen

A daring attempt to abduct the infant Queen of Scots

Henry Tudor's niece is charming, intelligent and treacherous Meg Douglas. She has plans for the child queen and they do not match with  those of low-born Matho Spirston, who has crossed the border with his friend Harry Wharton in order to kidnap the infant queen.

The executioner's scaffold awaits failure. Scotland is unstable, heretic England fears invasion from Europe and the Dowager Queen of Scotland fears for her child's safety. Attractive but entirely self-centred Lord Lennox is a possible suitor for Meg and her father is the larger than life bombastic Earl of Angus. These three men rule her life.

Minor characters are beautifully portrayed in this romantic adventure. Best of all is Matho, shrewd, funny and sometimes naïve, a bit of a Tudor chancer who goes where life takes him until he meets the love of his life on his first important mission.

"Abduction is historical fiction at its best, a thumping good read involving the lives of nobles and commoners who lived long ago. Highly recommended." J.G. Harlond

'I loved the characters' Caroline R 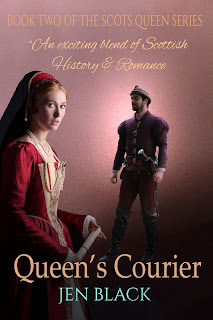 "Jen Black does a splendid job of guiding her characters through this turbulent period of Anglo-Scottish history." Lynne Bryant

Matho is thrown back into confrontation with Meg Douglas as she journeys south to her uncle's court. Working as courier back in Scotland he hears the English are threatening to invade Scotland and knows he must rescue Phoebe before it is too late. He makes a desperate promise to the Dowager Queen so he can ride to Edinburgh to rescue her from the English army.

In London, Meg Douglas faces her own problems as she anxiously awaits Matthew Stewart’s arrival, knowing only too well how Henry Tudor might at any moment destroy her happiness.

“The characters were drawn convincingly and I came to care what happened to our hero Matho Spirston. He tried so hard to keep his promises, yet was buffeted about by events beyond his control.” Mercedes Rochelle

“zips along at a good page-turning pace.” Ellen Hill 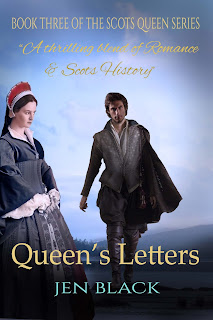 "Reluctant hero Matho Spirston puts his life in danger once more as he tries to deliver the Dowager Queen of Scotland's personal letters to her family in France."

Danger, intrigue and romance in 16th century France and Scotland

An unknown assassin follows Matho when he sails to France on the Dowager Queen’s business. A forceful young lady demands his help and becomes more than an irritation as he journeys home. Once home, he must discover who employed the assassin, and why.

Meanwhile, Meg Douglas and the Earl of Lennox finally meet in London. This is an exciting tale of romance and suspense set against the delicate political chess game played out between Henry Tudor and the Dowager Queen of Scotland.

"The different strands are cleverly woven together and the tensions between the warring factions within the Scottish court keep the drama at a high pitch throughout."  Prue Phillipson

“As always there is adventure, humour and romance nicely packaged up with the history. Another excellent book in the series. I hope this isn’t the last we see of Matho.” Lynn Bryant

"I couldn’t put this book down. Using complex, well-developed main characters from different social strata this novel offers a glimpse of what life must have been like during this period at diverse levels of society." J G Harlond