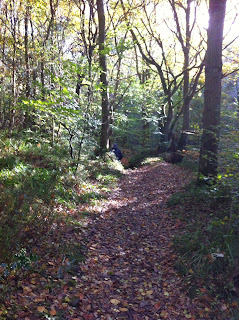 Have you heard that a new deal allows independent booksellers to sell Kindles and get a 10% commission on e-book sales with that device for up to 2 years after the sale?

Called Amazon Source, this deal is only available in the US so far, but there are suspicions that it won't be long before it moves across the Atlantic.

Tim Walker of Walker bookshops wonders why Amazon have taken this step, and suggests that selling Kindle devices would simply help convert people to using Kindles.

David Dawkins manages Pages of Hackney. he won't stock the Kindle and wouldn't want his customers to think he as trading with the bad guys.

Sheila O'Reilly of Dulwich Books thinks she couldn't morally stock Kindles because the company does not pay appropriate taxes in this country.

Jane Streeter of the Bookcase thinks it was inevitable that Amazon wants to partner the independents because Kobo offered a similar service. The 10% commission offered by Amazon is said to be a little higher than Kobo's offer.

Lisa Campbell's article quotes opinions of bookshop owners that I believe operate in the south, possibly all in London - though I have not checked this to be sure. My thought is that there may be many small independents in the midlands and the north who will be so close to closure that they will clutch at this as a lifeline when and if it is offered. Perhaps for that, Amazon deserves some credit? What do you think? At the very least I have a smidgen of admiration for the company that keeps on coming up with new ideas.
Here's the link to the article: