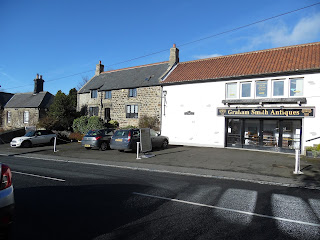 Every self-published author will have heard of Hugh Howey. They may even have read one of his books though they are a dystopian-sci-fi mix that is not everyone's taste. I cane across a post of his while checking for comment on Amazon's Kenp system of payment (ie payment by number of pages read at the rate of $0.0056 per page) His long post is worth reading.

http://www.hughhowey.com/subscription-models-literature/       and so is this one:

1. Kindle Unlimited (KU) 2.0 pays per page a higher rate for an ebook borrow than major publishers pay per page for a print sale.

2. KU 2.0 seems to be an attempt by Amazon to pay the same per borrow that they pay per sale, if ebooks are priced according to their recommendations.

Since the Amazon monthly reports were out yesterday, I have seen mine. Since this new payment system began I have sold fewer books, but my income is much as it was because of the payments on the pages read.  Now instead of looking for sales, I look for the number of pages read. It can be addictive! Who, for example, is the person in Australia who read one page and never read another? Why did they give up? (I find myself thinking of family - there are quite a few Blacks out there! it could have been one of them, and I'm not sure my stories appeal to the young and trendy!)

So now I'm wondering if going free every now and then is a way of bumping up the KENP payment system. Possibly. I'm also thinking that this road leads to books been given away for free forever and payment coming via people who read them, where does it leave the literary prize winner who - so it is claimed - has very few sales but lots of critical applause? Where does it leave mainstream publishers and their advances? I suppose it is a fairness in the argument that if no one ever reads a certain book, then no payment should be made on it.