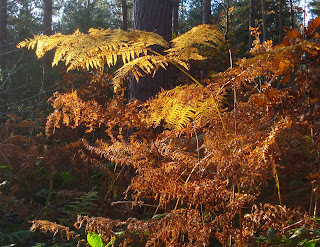 What I wonder, will replace Borgen on our Saturday night tv screens? This series did not have the punch of the earlier ones, but even so, it was enjoyable, with competent acting and adequate storylines. Everybody settled down into a happy ending, except perhaps for the buxom redhead who leaked secrets to the other political party. Kaspar simply moved on after separating from Katrina while she wallowed in recriminations and bitterness for a while. Probably typical of many breakups. Birgitte is happily settled with her Englishman, who seemed too good to be true in many ways - there when needed, happy to take a seat in the background of her life when not. I often wondered how he made his living.

The other joy of tv for me at the moment is Last Tango in Halifax. Anne Reid is a delight, Jacobi looks alternately frail and robust depending on which sweater he wears. The daughters Caroline and Gillian are so well written and cast - so different in every way, but each with an urge to reach out and confide in the other. I laughed aloud at the scene in the hotel where they went for lunch and went on to discuss a venue for Alan and Celia's Big Wedding (as opposed to the Small One). Offered champagne, they drank it, and fell about in giggles when they realised the staff thought they were planning to marry...

Then there's John and Judith - she's a librarian, and full of angst about writing a novel, which John has already done. Squabbling about women starting wars, John listens, his saturnine face the picture of defeat as Judith demands "How many women do you know who started wars? It's always men!"
"Thatcher!" John snaps, and then, gathering steam, reels off a whole list of women from Cleopatra to Elizabeth I  and beyond while Judith sulks in silence.

I must discover the writers and see what else they've done. They may even have written novels.
Borgen Last Tango in Halifax television TV