My thanks go to Lindsay Townsend for getting touch about this Blog Tour. I've probably given her hives as I dithered about taking part, contacting other writers and generally messing about. Like most things, once I stopped bleating and got down to it, it was easier to do than I thought. Lindsay is a very successful writer of historical novels and romances, and truly deserves your attention. Go to her website and see her fantastic list of titles, and read how she answered the blog tour questions. The link is:
http://www.lindsaytownsend.net

So, on to the questions :

What am I working on? 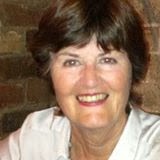 Depends what day it is. I always seem to be playing catch up - if it's not time for a blog post, it's time for promo. If not those, then there are crits required by my crit partners and then - there's my book. Well, books. Right now I've just finished polishing two chapters of a work in progress - it is tentatively called Blood Feud, though that may change if no blood is ever shed. It is set in north west Scotland in the eleventh century. It uses the setting and some characters from Far After Gold, one of my early books about Vikings, but  their lives have moved on ten years. Oli is now a rebellious teenager who falls in love with the wrong girl and almost begins a Viking war. With luck and a fair wind, it will be published around Christmas time. Right now my two lovelorn characters are approaching Dyflin in a Viking longship and not at all happy to be there.

I'm also submitting partials to agents for my main historical - To Capture a Queen. This is set in the 16th century, in the court of the Dowager Queen of Scotland, Mary of Guise. She rightly fears Henry of England will take her daughter to England by force if he can, but does not know that my main character is Matho Spirston, is already in Scotland and planning the attempt.

How Does my work Differ from others of its genre?
I think my books could be called cross-genre. Not because they blatantly mix science-fiction and history, but because they're a little more than romance. A reviewer once said Dark Pool was a bit gruesome for a true romance - but she loved it anyway! I like my heroines to face reality, and in historicals, that translates as danger. I'd like men and women to read my books, too. It may be a faint hope, but there you go.

I understand that religion, superstition and that dreaded word ritual, so beloved of archaeologists, figured largely in the ancient world. But I like to give my characters a bit more freedom in their choice of actions. They can believe or not, as they choose. But like most of us today, I don't think ancient man spent days worrying about who made the world. It would be more a case of getting through the day without dying. Right up until the early nineteen hundreds, you could die from sustaining a cut finger, and it would not be a  gentle death. I studied History and English at university and I try and keep up with recent research  where it touches my stories.

Why Do I Write What I do?
Why do you eat chocolate? Because you love it. Because ancient life and times seem so much more interesting to me than modern day stories.  With all the books currently flowing out about the Second World War, this is not a good time for me. I want to read about medieval times. I can be quite partisan on certain topics, having been a staunch Richard III supporter since I was a teenager, and believing, like Dorothy Dunnett, that Thorfinn and MacBeth were the same man. Don't tell me Marie Stuart was a fool - I would ask what you would have done differently in her position!

How does your writing process work? 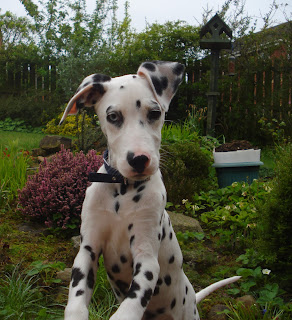 Life has changed recently for me. I got a puppy. A Dalmatian puppy. Now, pre-puppy, I could write all day if I chose,  tinker with blogs and crits or stay in bed until noon. Now, I have a different regime. I'm up reasonably early every day to give my growing dog long walks, whatever the weather. My writing fits around him.

I don't know where the ideas come from. Reading, I suppose. I read about MacBeth (who hasn't read about him?) and that led to The Banners of Alba, my first published book. Often its a location - The Gibside Estate and the sad tale of Mary Eleanor Bowes gave me the idea for Reluctance, and Aydon Castle made me think of Alina Carnaby in Fair Border Bride.

These days I write straight into the computer. The first draft is always a rush to get the story line down, and I go back often - the next day, and again and again, though I know the experts say you should not. My excuse is that the story line changes, and I want to change the name, the heroine's hair colour or the month before I forget that I changed it. It isn't too onerous for the first 6 or 8 chapters, but once there are 50,000 words to go through, I admit defeat and leave it for the Second Draft. You know, the serious kind that requires so much effort it merits capital letters.

I research as I go, using Google Earth to track the location, and all the other wonderful texts available to us writers these days. It would be silly not to, when they're there at the click of a button.
Sometimes I use timelines. I have drafted out entire storylines as advised by Donald Maass and sometimes I've written stories without planning much at all. Whatever it is I do, I do it all in silence. Don't want or need music - just the pictures in my head.If my husband pushes sandwiches and coffee through the door at regular intervals, I'm happy in my own little world. Since you are reading this on my blog, I can only suggest that you click on the page detailing my book titles!

So - don't forget to visit Lindsay's blog, and next week there will be more ~

Next week, on Monday 2nd December, please visit the following authors to see their part of the Writing Process Blog Tour.

Rosemary Morris
Bio:
Historical novelist Rosemary Morris was born in 1940 in Sidcup, Kent.While working in a travel agency, she met her Indian husband who encouraged her to continue her education at Westminster College. In 1961 Rosemary and her husband, now a barrister, moved to his birthplace, Kenya, where she lived from 1961 until 1982. After an Attempted coup d'etat, she and four of her children lived in an ashram in France. Her book shelves are so crammed with historical non-fiction which she uses to research her novels that if she buys a new book she has to consider getting rid of one.
Rosemary's blog is here:
www.rosemarymorris.co.uk

Anita Davison
Bio:
Anita is the author if Royalist Rebel, the story of Elizabeth Murray, countess Dysart, who survived the English Civil War, married to keep her inheritance, and spied for her king in a land where Oliver Cromwell's army persecuted her kind. She has had two other 17th century family saga novels published and two Victorian Romances - Trencarrow Secret and Culloden Spirit from MuseItUp publishing which will be available in paperback early next year. She is now writing historical cozy mysteries and lives in Cheltenham with her extended family, and contemplating adding a dog to the chaos.

Maggi Andersen said…
Nice to learn more about your writing life, Jen. I just listened to a talk by Donald Maas about writing 21st Century fiction which was fabulous. Lit light and cross genre are the buzz word these days.
25 November 2013 at 22:00