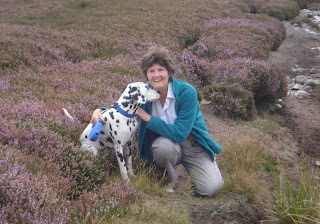 "David Brawn, publisher for estates at HarperCollins, said: "Agatha Christie was—and still is—the world’s bestselling novelist. The stories she wrote and the characters she created have withstood the test of time and been successful on film, television, audio, stage, and online.
But as we approach what would have been Agatha Christie’s 125th birthday, I am delighted beyond measure that Hercule Poirot will live again in the pages of a book, and take readers back to where it all started."


I can't help but feel that if Agatha Christie were still alive, she would not be pleased to have another author steal her character Hercule Poirot and make him the centre of a new story. I didn't like the spin off books using Jane Austen's characters. I haven't read them all. The P D James Death Comes to Pemberley I found boring, but it is said to be a best seller. I suppose James has many fans who bought it, but perhaps like me they were not in love with the book. The tale with a modern girl stepping through a cupboard and swopping places with Elizabeth Bennet was amusing and perhaps more permissible because the central character was the modern girl and Austen's characters only bit players.

It can only be because the fans want more of the characters. They may have thought that a vain hope until modern authors saw a way to make money. Fan fiction probably has a lot to do with it, too. Then the film makers jump on board, and of course, people are happy, money is made. I don't deny that. But is it right that characters are hijacked like this? What if someone began writing about Ian Rankin's character, Rebus? Would Rankin stand and silently applaud? I doubt it. Would Dorothy Dunnett's fans be happy if someone began writing novels featuring Francis and Phillippa? Is there any author writing today who would like someone else to pitch in and take their character?
Again, I doubt it, So how can it be morally right to swoop in and take a character just because the author is dead?