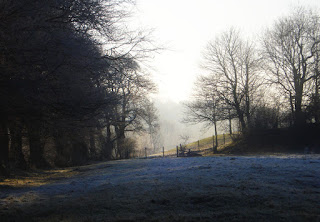 The news that Wilbur Smith has signed a $15 million deal for six books he isn't even going to write astounds me. He is leaving Pan MacMillan after 45 years and moving to Harper Collins with whom he has signed the new deal. Smith claims he has more stories in his head than he can write, that he cannot write fast enough for his fans. So he is writing outlines and characters, and carefully selected co-authors will be doing the rest. Evidently this is a growing trend. Tom Clancy, James Patterson and Clive Cussler have all used a stable of co-authors to write their books in the last few years.

I suppose the fans and the publishers will be happy as the money rolls in, but where is the integrity in this? What if D H Lawrence had hired co-authors to write for him? Or Jane Austen? Would we admire their later work if we knew this is what had happened? The Mail snarkily suggests that Smith's fourth wife, who happens to be 39 years younger than her husband, is a major factor in this new idea. Since he is 79, it doesn't take a particularly snarky mindset to see where she is coming from!

It will be interesting to hear from fans once the first book written in this new way is published. Will they be able to tell the difference between a co-authored story and a true Wilbur Smith tale? What about the Patterson, Clancy amd Cussler fans - were they able to spot the difference? One would hope so, for we're constantly being told that an author's voice is a major part of their selling strength. The other worrying thing is if co-authors can imitate an author's style so well that the fans cannot detect any difference -  then where will it end? Is there scope for re-surrecting a well-known and loved author, sadly dead, and writing books in their name? I can see it now - Books in the style of ...... Enid Blyton? Agatha Christie?
Clive Cussler co-authors ghost writers James Patterson publishing Tom Clancy Wilbur Smith writing

Unknown said…
I call that cheating. He gets paid an outrageous amount of money for something he doesn't do? And then everybody is fawning all over him? What for?
No, I'm definitely against it.
BTW, I loved to read Enid Blyton as a kid!
14 December 2012 at 02:23