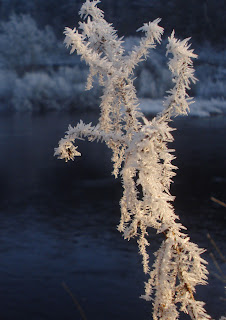 It was my local authors' lunch yesterday, hence my dereliction of duty regarding a new blog post. After a lovely lunch and much general chatter, we got down to talking about writing. The Oxford comma became a topic. Now I was interested in this because having done edits with more than one US indie publisher, I've noticed how much more frequent is their use of a comma.

Since the comma is one of those markers in language that indicates where the reader
should slow down and pause in order to fully appreciate what is being said, then sometimes the extra comma is useful and sometimes it is not. My own feeling is that quite often one's reaction is no more than noticing something different, something unusual. Americans notice the comma is missing, in the UK we notice there's an extra comma where we wouldn't expect one. Does it destroy the reading enjoyment of the story? Not really. Not for more than half second, anyway.

What I do find confusing is when to use commas joining two complete sentences. When I'm edited in the US, they take out the ones I use, and put in ones I wouldn't, and I can't always see why. In the UK, commas are used with conjunctions such as and, or, but, while and yet. But we never do it with however and nevertheless.

Just to make life even more confusing, there's something called the splice comma.  When the conjunction is omitted and the comma is retained, when it should really be a semi-colon - that's a splice comma. Example: Pansy woke up in an unfamiliar bed, she felt odd. Famous writers like Updike, Beckett, E.M.Forster and Somerset Maugham use it, and get away with it. Used by them, it is considered dashing, poetic and effective, says Truss. Done by those who don't understand the rule, it is awful.

All I can add is that I get very confused when the grammar I learned at school and have used all my life is deemed to be incorrect. I sit here and muse how very different the novels of Nora Roberts would be if her books were put into UK English before they were loosed on the British public. Watch caps and Oreoes? What the hell are they?
commas language Oxford comma splice commas UK English US English writing