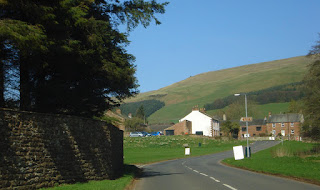 The latest news from America is that ebook sales in February totalled $90.3m or £55.2m. This makes digital books the largest single format in the US for the first time, overtaking paperbacks at $81.2m. In January, ebooks were the second-largest category, behind paperbacks. America's ebooks enjoyed a 202.3% growth in sales in February compared with the same month the previous year. Print books fared much worse. The growth in February was attributed to post-holiday ebook buying from readers given e-reader devices for Christmas. The greater selection of devices and the broader range of ebooks now available also played a part in the increase. Publishing houses cite ebooks as generating fresh interest in 'backlist' titles, books that have been in print for at least a year. E-book readers who enjoy a newly-released book will frequently buy an author's full backlist. Philip Jones, deputy editor of the Bookseller, called the US ebook sales growth a "significant milestone amongst digital milestones which are coming thick and fast", but pointed out that "the ebook figure includes children's, so overall the trade print book market is still bigger than the ebook market". "Ebooks have grown massively, but they do not yet match overall print books and nor is it predicted that they will," said Jones. "The most bullish predictions suggest that ebooks will account for 50% of the US market by 2014 or 2015, and then will probably plateau." In the UK, "we are one year behind now and catching up quite fast", said Jones. He pointed to small UK press Quercus, which publishes the Stieg Larsson trilogy and which announced earlier this month that its ebook sales increased 16-fold in 2010, representing 3% of revenues. Quercus has predicted that its digital revenues could "realistically reach 10% of our total revenues over the course of the current year". Read the full article here The pic is driving into Melmerby with the Penines rising behind the village.
e-books e-publishing future of reading reading