Reading in a pandemic 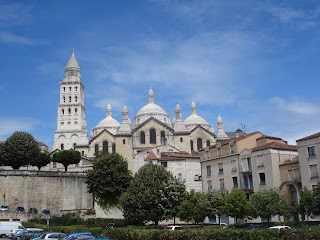 Nigel Newton, founder and chief executive of Bloomsbury, said the firm initially feared lockdown would batter the business after it shut all its shops in March.

But he says: "As we cycled through the month there became a real uptake in reading.” Sales across the group rose by 10% to £78.3m during the period.

Initially people streamed movies but later turned to books. I must admit I rummaged through I-player and I’m still enjoying watching things I first saw years ago. But I never gave up reading. I began something I had been putting off for years. I began re-reading Dunnett’s House of Niccolo series and last night I turned the last page of Scales of Gold. I can see why I was not enamoured of the series on first reading. However I will plod on with it.

Spooks makes good re-watching material. Also the Bridge, along with Downton Abbey. Last night we watched a recorded Inspector Morse that was new to both of us. Now we’ve found the original All creatures great and small. I’m keeping an eye out for Being Human…

I'm also organising all the holiday photos I've taken over the past decade. It may take some time. Once I've done the e-pics, there are the packets (so many!) of paper photos taken so long ago I can hardly remember them.  For those who like to know what they're looking at , the pic today is of Perigeaux in France.