Have you ever considered that much of what you do was also done by Norse warriors?

You don’t believe me? Well, let's think about it!

We tell young children that Father Christmas lives in the North Pole, don’t we? Vikings were known bythe rest of the world as those marauding devils "The Northmen" at that time. Most of Scandinavia, where the Vikings originated from,  is situated above the Arctic Circle.  Thinking of those bleak regions of midnight sun, icy cold  and the weird and beautiful green lights in the winter sky, we can understand why the Vikings thought it to be the “lands of the gods” where Odin the Allfather lived. They named that special place Asgard.

Odin was also known as Woden, which we remember in the word we use quite a lot -  Wednesday. Christmas Day is on a Wednesday this year.

Vikings believed that on the longest night in the dead of winter Odin led the "Wild Hunt" through the sky, leading his hounds in search of lost souls. Imagine him if you can: the blue-hooded and cloaked, white-bearded Giftbringer of the North on his eight-footed steed Sleipnir, crossing the midwinter sky to visit his people with gifts. I don't think I am the only person who will immediately think of Father Christmas encouraging his eight reindeer through the night sky on Christmas Eve.
Over time Odin melded with Father Christmas, then Santa Claus, St Nicholas and the Christchild. Now he is Christmas.

Yule was the original name for the midwinter festival enjoyed by ancient peoples in the northern hemisphere . It predates the Christian traditions by thousands of years in Scandinavia, marking the “rebirth” of the dying sun. People celebrated as they do now, by feasting and drinking, playing games and indoor sports to while away the time until Spring and good weather arrived once more. 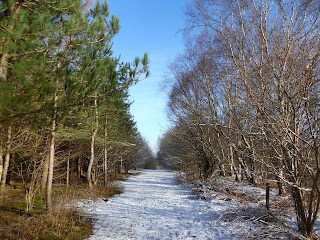 The Feast of Yule lasted twelve days. Kind of ties in with our modern twelve days of Christmas, doesn't it? The Vikings honoured their Gods with feasting and religious rituals, one of which meant a sad end for a wild boar; he was offered to the god Frey of fertility and farming to ensure future productivity. The poor animal was prepared, cooked, and eaten. If your house is like mine, there is often a shoulder of pork roasted at Christmas because everyone loves crackling. No one ever thinks it is a link to the Vikings. A feast was a time when the men of early societies gathered together to hunt something large in order to feed everyone. Chances are that boar and venison where the top choices.

Everyone has heard of the Yule log, though today it is only a chocolate dessert unless you live in a very grand mansion. Originally men went out into the forest, a dangerous undertaking in the snowy midwinter, and selected an oak log, which was decorated with runes and carvings; a sort of prayer of protection against misfortune. Everyone took  a charred piece home from the fire pit in the knowledge that  their hearth would be protected too.

You know the holly wreath you made to decorate your front door? Vikings created a giant Sunwheel which looked a lot like a Christmas wreath only much bigger. Days without sunshine were so miserable they built a Sunwheel, set it alight and rolled it down the nearest hill to attract the Sun back into doing its job.  Once the days got longer and the sun returned, everyone was happy.

Then there’s the image of the Christmas tree, twinkling away in the corner of the room. Vikings and our Scandinavian ancestors believed the trees had spirits that would leave during the winter months, so they decorated evergreen trees with food, statues of their gods, carved good luck runes, and clothes – anything they thought might entice the spirits of the tree to return the following spring.

I didn’t know Balder the god of light and goodness was killed by an arrow made of mistletoe, or that Frigga cried over her son's body; when her tears fell on the red berries they turned white and Baldur was resurrected. The Vikings believed mistletoe had the power to resurrect people; possibly our ancestors believed it too, because of the echoes of Christ’s resurrection, 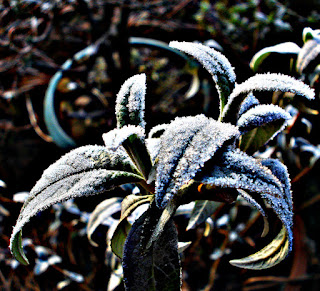 which is why we still use it today in our Christmas traditions.

Worship of Odin and his companion gods spread from Scandinavian lands to the shores of the Mediterranean and to the North Sea basin. Franks and Frisians, Angles, Saxons and Jutes settled Britain, along with the Norse and naturally they brought their beliefs and customs with them. What is amazing is how these beliefs have survived and entwined themselves into our modern day traditions.

Paula Lofting said…
Fabulous post, Jen! Really interesting to learn that there were 12 days of Yule just like there were 12 days of Christmas! Thanks so much for posting.
And to everyone following - stay tuned for the next blog hop which will land at Derek Birks's awesome blog on the 8th Decemeber, join him for his Christmas story at https://dodgingarrows.wordpress.com/
6 December 2019 at 09:30

Nancy Jardine Author said…
That was a great start to the Historical Writers Forum Blog Hop, Jen! I don't think I've read about that aspect of mistletoe before - it was a highly important symbol to the Ancient Celts.
7 December 2019 at 14:56

Nancy Jardine Author said…
This was a really interesting post to start the Historical Writers Forum Blog Hop, Jen. I knew about mistletoe being important in the Druidic rituals but not that aspect.
(ps this is my second attempt to post a comment- please forgive if both end up being posted)
7 December 2019 at 15:02

Lynn Bryant said…
Great start to the blog hop. I’m only just catching up as I’ve been away, thoroughly enjoyed this one.
11 December 2019 at 14:45