Do you check your stats? 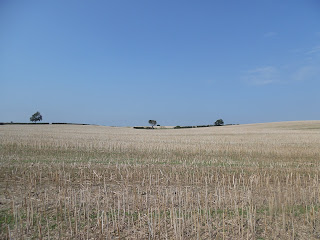 Someone asked me if Banners of Alba was my most popular book and I replied that I didn't know but I would check.
Well, I've spent most of the day checking stats on KDP and decided there is not a simple answer though there are strong indications.
If I go by number sold, then Far After Gold is my bestseller, followed by Fair Border Bride.
If I go by greatest KENP Read then it is The Craigsmuir Affair followed by The Gavington Affair and then Far After Gold.
If I check which title I gave away free most then it is Fair Border Bride followed by Shadows.
An interesting exercise. My records for some titles go back to 2011 and so there have been many difference in the way Amazon does its counting and payment in the years between then and now. FAG and FBB go back to 2011 and 2012 respectively.
Judging by the smell in the air these last two days the local farmers may be muck spreading, so the pristine beauty of the fields may be gone by the time I walk there. These things don't last long - you have to be quick to catch them - thinking of the picture rather than the muck spreading!
Amazon sales KDP stats