The Battle of Solway Moss 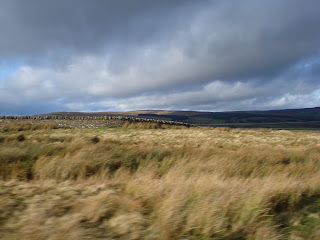 On the 18th November Sir Thomas Wharton, Deputy Warden of the English West March and Captain of Carlisle, called out the gentlemen resident within the West March to be at Carlisle with bows and spears by sunset on 22nd November. He planned a raid on Middlebie and Langholm with the aim of both annoying and confusing the Scots who were massing at Langholm.

He returned after supper on 23rd to the news from the Lord Warden, then Lord Hertford in Alnwick almost on the east coast that a great force of Scots, estimated at between 17,000 and 19,000 men, would descend on the West March on 23rd or 24th November.

Wharton had his deputies and commanders either with him or waiting for him at Carlisle and his spies were reporting almost hourly on Scottish movements from Langholm south toward the rivers Esk and the Leven. His forces, estimated at between 300 and 3,000 men plus 100 light horse, sometimes called “prickers” seemed like no match for the opposing Scots. However, the prickers, called into existence by the eternal forays of the Scottish Border, were probably the best light cavalry in Europe.

There are five contemporary reports on the battle: original letters from Sir Thomas Wharton, (written on 23rd and 25th November) plus one from Sir William Musgrave. Two more are “reports of reports” (Lisle and Tunstall (6th Dec) and Edward Hall’s “Chronicles,” published 1548. Lisle had taken over the Wardenship from Hertford on 1st December that year and might therefore be forgiven for not having a full grasp of the battle.

Communication was not easy in the sixteenth century. Wharton gives excellent detail of the entire battle, probably because he had his clerk with him to take notes.

A smaller battle took place at Akeshawhill, one mile east of Netherby, where Jac Musgrave, a captain under his brother Sir William Musgrave, led the company and later wrote notes which were later taken up by Lisle and Tunstall, who seemed mistakenly to believe that the skirmish was the main thrust of the battle. Lisle’s report to Henry’s Privy Council omitted all mention of Wharton.

On 24th November Wharton rode out with 2,000 foot and 1,200 horse to West Linton and observed Scots riders burning Oakshawhill. Lack of a guide, November weather and the notorious Solway Bore, often up to ten feet in height, dissuaded Lord Maxwell from bringing his Scots across the shifting quicksand of the Solway to Burgh on the English coast. Instead he chose to advance via the Esk Ford at Arthuret. Wharton and his prickers met them there.

Scots horse retreated to Arthuret Holme to warn the main body of the Scots army. The Border Horse pricked at Maxwell’s rear during their retreat.
The Grames chased Scots raiders from Oakshawhill to Arthuret and from Lyne to beyond Hopesikehill. Wharton advanced and set up his six standards in a flying formation ie with wings outspread to look as imposing as possible, on Hopesykehill.

As the Scots advanced, Wharton’s two hundred archers loosed off a volley of arrows. A trained longbow man can send off 10-12 arrows a minute, so the Scots advancing uphill faced a deluge of approximately 2,000 deadly arrows followed by a charge of the notorious prickers. Disorganised and believing themselves to be facing a much larger force, the Scots retreated.

Wharton overran the Scots foot at Hopesykehill and advanced to Howse to watch the Scots army floundering at the Myln dam. They attempted to regroup and fired light ordinance at the English. Maxwell dismounted at Sandyforde and attempted to rally the main army and protect the river crossing.

Wharton sent in prickers to harry floundering Scots who panicked and ran back to the river. The Scots retreated, ran from the battle, only to be harried by Liddesdale reivers. King James escaped capture by riding hard to Stirling and then on to Falkland where he died a few days later. A few days after that, his wife, Marie de Guise, gave birth to a daughter, Mary, on 8th December 1542.
Battles English-Scottish borderlands sixteenth century Solway Moss