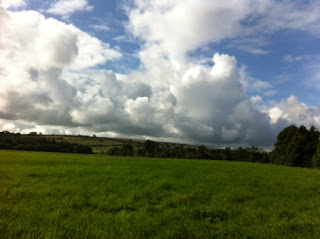 The first detailed study of the genetics of British people has revealed that the Romans, Vikings and Normans may have ruled or invaded the British for hundreds of years, but they left barely a trace on our DNA. The Anglo-Saxons were the only conquering force, around 400-500 AD, to alter the country’s genetic makeup, with most white British people now owing almost 30% of their DNA to the ancestors of modern-day Germans.

The study found people in southern and central England today typically share about 40% of their DNA with the French, 11% with the Danes and 9% with the Belgians. Surprisingly the French contribution was not linked to the Norman invasion of 1066, but to a previously unknown wave of migration to Britain after the end of the last Ice Age nearly 10,000 years ago.

Prof Peter Donnelly is the director of the Wellcome Trust Centre for Human Genetics at the University of Oxford. “It has long been known,” he says, “that human populations differ genetically, but never before have we been able to observe such exquisite and fascinating detail.”

People from areas of Wales, Scotland and Northern Ireland emerge as separate genetic clusters, providing a scientific basis to the idea of regional identity for the first time. “They’re among the most different in our study,” said Mark Robinson, an archaeologist from the Oxford University Museum of Natural History and a co-author. “It’s stressing their genetic difference, it’s not saying there aren’t cultural similarities.”

25% of DNA in the Orkney Isles comes from Norwegian ancestors who invaded the islands in the 9th century. Scientists believe Welsh DNA most closely resembles that of the earliest hunter-gatherers to have arrived when Britain became habitable again after the Ice Age.
Surprisingly, the study showed no genetic basis for a single “Celtic” group.

Scientists began collecting DNA samples from people in Orkney in 1994 and gradually worked across most of the British Isles. The participants were all white British, lived in rural areas and had four grandparents all born within 50 miles (80km) of each other. Since a quarter of our genome comes from each of our grandparents, the scientists were effectively obtaining a snapshot of British genetics at the beginning of the 20th century.

Sir Walter Bodmer, of the University of Oxford, who conceived the study, said: “We’re reaching back in time to before most of the mixing of the population, which would fog history.”

Data from 6,209 individuals from 10 European countries was studied to allow an understanding of how their ancestors compared with the genetic makeup of the British.