Life in the fifties 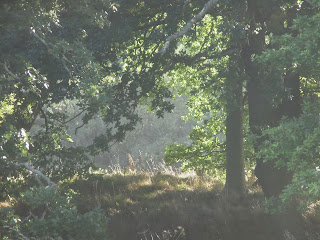 Life now is so different to the fifties when we all earned so little and we didn’t spend much because we didn’t have much spare cash. We had clothes that were “Sunday best,” few changes for every day and things were worn until they wore out. Shoes were polished and cared for because they had to last and trips to the cobbler were frequent. Segs were hammered into the heels of flat shoes to make them last that little bit longer. Colours were sober and the darker the better to hide marks.

Since a car was only for the rich, travelling to work on steamy, fugged up crowded buses – because people smoked then and there was little or no heating – through the dark gloom of winter mornings, was standard. Everyone rushed to get on board because waiting in the cold for ten minutes made the bus seem a haven of warmth and comfort. Chat with the conductor as s/he took the fare and punched out a ticket, and with fellow travellers that you met every day made for a noisy, but cheerful journey.

It was hard to get privacy for romance back then. You could invite your young man back home but since only one room was heated, that meant sitting with the family or freezing to death in the “front room.” Not a good option. So there was a huge need to get out and have your own place, even if it meant “taking lodgings.” If you’ve watched Endeavour then you’ll have seen the kind of place he was living in then. They didn't aim for five-bedroom houses with central heating and three bathrooms, but for much more modest accommodation. A small, "two-up and two down" that needed work might be all that they could afford, but at least they would be on their own - and they were young; they had the energy to re-decorate and make it better.

Since the young were expected to contribute to the household expenses once they were earning, that too was an incentive to strike out on their own. Everyone saved for a deposit on a house and went in hope to the bank manager who would authorize a mortgage if he thought you could manage the repayments. Young people didn’t go out clubbing, or spending money on clothes, makeup, alcohol and mobile phones as they do today; they went out on a Saturday night “to the pictures,” sat in coffee bars spinning out a couple of coffees listening to Bill Haley or had a drink at the pub and then the man walked the young lady home. There would be goodnight kiss on the doorstep, if they felt so inclined.
cultural differences culture History Life in the fifties social change