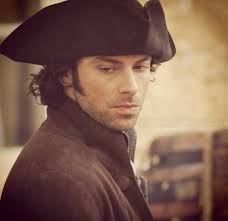 Her lovely blog stimulated me to sort out my views on the subject.
I think both extreme ends of the range of books set in a historical period are easily recognised and acknowledged by all, but it is the section in the middle where controversy rages.

On the far left we have category romance, where the romance is the only thing the author and the reader, presumably, is interested in. Category romance specifically does not want sub-plots and sub-characters running off and doing interesting things, taking interest away from the hero and heroine. The author must focus on the couple in question. These days, interest does not stop at the bedroom door. More and more blow-by-blow encounters are detailed inside the bedroom - or the equivalent. It must be an age thing, but four and five pages of these encounters often have me skipping over them. But I digress. My taste in sex scenes may be a little less graphic, but that isn't what the post is about.

The other extreme is of course the literary end. These books are often three and four times longer and detail all sorts of other things beside the central romance - if there is one. C J Sansom manages to write almost 450 pages without a central romance featuring at all and I love his books. Cornwell's Sharpe has a few stabs at romance but there is so much more about daring-do, war and skullduggery. Writers like Forester, Clements, Winston Graham, Mitchell, Gabaldon and Parrish follow a similar pattern as we head towards the more middle of the range works.

This where the lines blur. Readers will put authors  in differing places on the line. Some will say Gabaldon is literary because she has great swathes about the American War of Independence in her Outlander series. So did Mitchell in Gone with the Wind, but in both those books, the central theme is the love affair between Claire and Jamie, and Scarlett and Rhett. We could be very analytical about it and put every title on a sliding scale of romance v literary-ness, but who has the time? Certainly not me! It is a task for each reader according to their personal taste, should they chose to do it.

The other thing that affects the argument is the male-female reading bias. In general terms, though not everyone fits into these divisions, men like action, women like romance. Men like tighter writing, women want feelings explained. Men's reviews still  seem to have more kudos than those written by women. Men, of course, review the Sansom, Forester, Cornwell "serious" type of historical novel. Perhaps they write better reviews? I don't think I've seen this type of historical novel reviewed by a woman, but they must, surely? If not, they ought to.

PS ~ Perhaps Byron had the answer when he said "Man's love is of man's life a part; it is a woman's whole existence." Follow that through and you have an answer to the basic question, though you may not like it.
category romance Cornwell Gabaldon literary romance Sansom