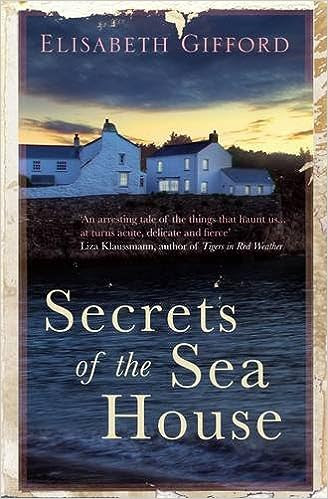 I have just had the pleasure of reading two books I really enjoyed. Here's a link to one: http://www.amazon.co.uk/Secrets-Sea-House-Elisabeth-Gifford/dp/1782391134

Very different stories, very different styles, but in a way, similar locations. Both come through the voices of three first person POV characters which gells very nicely with what I'm writing at the moment, except that I have rather more than three. I have four, though two are of lesser importance.

The location is, in both cases, an island. One the Falklands in 1994 and the other, Harris in both present day and in the 1860s. Both remote with isolated communities who react to tragedy in a way modern day urban dwellers do not.

In both cases, the writing is an effortless read - quite different, in my view to the rather jerky, purple prose style of The Tea Planter's Wife which I began some time ago and still have not read more than halfway - though I have peeked at the end chapter to see what the fuss is all about. For some reason, the characters of The TP'sW did not grip or come alive for me though the place names brought back some  memories of a long ago trip to Sri Lanka. Was it still called Ceylon then? It might have been.

I can't claim to have been to the Falkland Islands, but I have been to Scarista in Harris and admired the beautiful seascapes. Both almost become characters in their own right in the books, whereas Ceylon stayed muted. There must be a reason why the characters of one story fail to claim my attention and I'm tempted to go back and treat all three as an exercise until I have the reasons to my satisfaction. Then I could use what I know to advantage in my own stories.
PS There's a very good review of Little Black Lies by Maggie Scott on Goodreads.