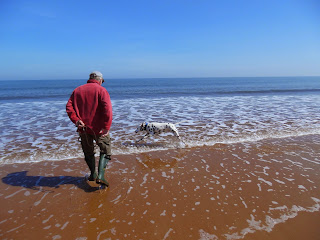 You have to be over 50 to understand the hooha that went on when Erica Jong published Fear of Flying in 1973. It has sold more than 27 million copies and no doubt a new generation will discover it all over again now the author has given Isadora Wing a new outing in Fear of Dying. It is one of the hottest stories at the London Book Fair and goes some way to proving once again that publishers have their beady eyes on what will sell.


Fear of Dying tells of a woman in her 60s encumbered by dying parents, an ageing husband and a pregnant daughter and who feels the lack of sex as something too valuable to ignore. I am not sure that the majority of women in their sixties would prioritize their lives in quite that way, and thirty-somethings and youngsters probably think that the thought of their parents having sex as gross. Will a theme that sounds so depressing be as popular as publishers think?

Janet Ellis has won a book deal with a major publisher after submitting her manuscript under a pseudonym. A Little Learning is set in the 18th century, and sees a girl taken advantage of by her tutor. (Oh dear; sounds like sex and abuse; how can it fail?) As a friend of mine once said - Sex Sells.

Rena George said…
Hi Jen.
It's great finding lovely new blogs like yours. I have to admit that I'm not altogether gripped by the plot of Fear of Dying, but then
I'm not a publisher, and it seems they appear to know better than us readers. It will be interesting to see if this book is the best seller they are expecting it to be second time around.
It's also encouraging to know that publishers are still scanning the self-pubbed lists.
6 May 2015 at 20:16