Dialogue can be tricky 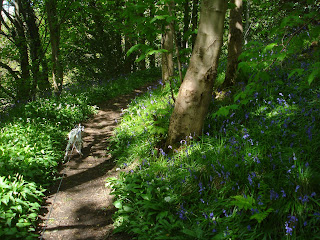 My personal hates are when authors use dialogue tags such as “he gritted, he spat, he opined” – don’t ask me why, I just hate them.  OK then, I hate them because they sound forced. Also, you cannot easily speak through gritted teeth. Nor do I want to read of heroes, or heroines, for that matter, who spit at people.  As for opined – well, really, it just sounds so false. If you are going to give an opinion, then get on with it and give it.

The best and simplest dialogue tags are "he said," and "she said." Sometimes they’re not needed at all, especially in a two-part dialogue. At other times, an Action Tag will identify the speaker.  (Putting the chicken on the table, she glared at her husband. ‘Where were you last night?’
There’s no doubt who is speaking.
OK, so that’s the simple stuff. But there’s a lot more to dialogue and I can’t do better than point you to Freda Lightfoot’s blog in which she discusses this very topic. Find Freda here:
http://fredalightfoot.blogspot.co.uk/2013/05/what-should-dialogue-do.html?showComment=1369470043627#c478218133802999811

When I started my historical novel (Matho, to those of you who know him!) I had him speak in our local dialect. Now while I'm happy that everyone within a hundred miles of me would be perfectly happy with phrases  such as "Gan off hame. Ah dinna want out to dee wi' ye!" the sentence brought my American critiquers out in hives. They didn't understand. Stubbornly, I pointed out that it was usually only a vowel sound change, and that it was really easy to understand. (What I actually wrote translates as Go home, I want nothing to do with you.) See? Really easy. But they were not convinced. In fact they finally convinced me and my hero now speaks much more er, properly.

While you ponder the delights of dialect, I’m off to ready the house for guests this evening. I have to have a flying start because we have – wait for it – a play date for Tim this afternoon at three o'clock. The neighbours have a Jack Russell staying, and the two dogs got on so well last night that we have decided to take them both out to the Allendale Estates at Stocksfield were they can run and play together. Puppy socialisation is so important!

Unknown said…
Personally, I think dialogue is so much fun to write. Much more so than descriptions! A 'snappy' back and forth between characters is so much more satisfying than trying to describe a landscape - especially if you've never been there!
26 May 2013 at 04:46