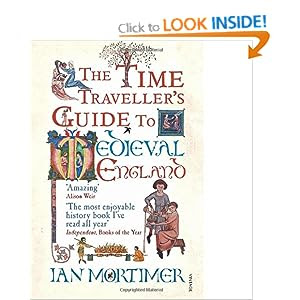 I was struck by many things as I read it, but one of them was an eye opening sequence on sickness.
The possibilities of injury were common. You could be struck by a blade, an arrow, a staff or even a cannon ball. When such injuries in themselves would not have proved fatal, the medicine of the day and lack of hygiene did the necessary.

How disease spread was quite unknown, and how the body functioned was guesswork. No one knew about circulation of the blood, so instead of feeling the pulse for signs of life, a bowl of water was placed upon the victim's chest to see if you were still breathing.

The most common cause of illness, according to the medieval mind, was divine justice. Disease was  regarded as a tempering fire sent to test an individual's faith in God's mercy. Even if a cure was effected, it came courtesy of God's grace, never the skill of the doctor.

The planets and stars were thought to have an influence on health of individuals and communities and  it was believed they controlled the function of organs such as the brain and liver. Medieval people had medical knowledge, but it was very different to our own, comprising as it did of astrology, herbology, religion, philosophy, a lot of hearsay and quantities of desperation.