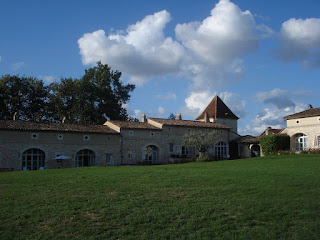 There's an interesting article for anyone who writes for teens in the Bookseller last week - here - but it seems its a complex genre for writers.

I've just caught up with the film Twilight though the book was published in 2006 and already publishers are thinking the teen vamp thing is already passe. To be honest about the film - I hope the book was better. The premise is engaging with its teen focus of boy-vamp meets human-girl and they fall for each other, because all the conflict you'll ever need is right there. He can never trust himself not to 'take her over' and she insists she trusts him absolutely. But the boy-hero in the film made me laugh with his red lipstick, dark eye make-up and amazing ability to skim through the treetops and run up tree trunks like an ant. The acting was abysmal and the second half had the soundtrack out of synch with the actors' mouths. Distracting to say the least. (Rant over.)

The teen publishing market is now thinking that the next big thing may well be ghosts and angels. Now there's a though to conjure with for a moment. But if any of you are writing for the teen market, which now has female readers up to thirty waiting eagerly for the next book, forget vampires, and think ghosts instead.
What motivates the under thirties? Can it be that the success of Harry Potter, Twilight and the like has encouraged these people that the teens have the best stories?
They're original stories, certainly - one of the things I loved about the Harry Potter concept was the brilliant imagination that conjured up things like the map that showed who was walking around Hogwarts at night, the punishment pen that wrote his lines on his hand and the Room of Requirement...what kind of a mind thinks up such things?
I'm not sure there's much to be found in the womens' fiction shelves these days that can match match such good storytelling. What do the rest of you think?