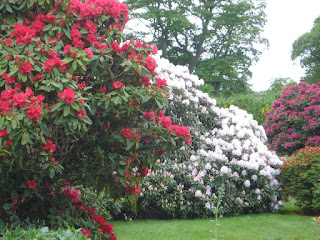 Here's a frivolous bit of news for the summer season - Ancestry.com reports that Kate Middleton and the author of Pride and Prejudice are "11th cousins, six times removed due to their 15th century common ancestor Henry Percy, who was the 2nd Earl of Northumberland."

So Kate has done better than Lizzie Bennet. Mr Darcy, delightful as he was, never had a title, though he did have £10,000 a year. There is a site that offers to calculate the purchasing power of the British pound from 1200 to date, and I entered £1000 and clicked. The answer came back as a staggering £53,800.
So, since Mr Darcy had £10,000 per annum, I multiplied the answer by 10, and got £5,380,000 or, in other words, almost six million a year. I'd be the first to admit that maths is not my strong point, and I'd love for someone else to do the sums.
Here's the link: http://www.measuringworth.com/calculators/ppoweruk

Can that be right? I wonder then, if Kate's prize capture can match that? But still, Lizzie never got to be called anything but Mrs Fitzwilliam Darcy. Kate can now swan around as Catherine, Duchess of Cambridge.
Kate Middleton Lizzie Bennet money Mr Darch Regency values