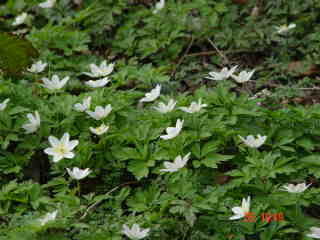 I picked this up from the Bookseller but I'm not sure it isn't an April Fool Day piece. Serious or not, the piece picks up on my vague feelings every time I visit a bookshop or the library ~ that there ought to be an international section where books using foreign countries as locations should be shelved. It would save me heaving a sigh as I replace countless tempting titles on the shelves. Exotic locations were once a big draw for me. Mary Stewart took me around the Mediterranean. Wilbur Smith showed me Africa, Evan Hunter displayed America. They did it well. But after so many years of reading I find that what used to be an avid curiosity about the rest of the world has faded. I'm read out on Iran and the Middle East, sampled Lin Yutang and Yukio Mishima, devoured countless stories set in the Indian subcontinent, Australia and the Pacific islands. Ireland, Sweden, Greece... the list goes on. Now I'm tired of trying on new roles, new lives, new cultures. What I want now is a good story set prior to 1900 in the UK, and believe me when I say they are very hard to find. (Ones that I haven't already read, of course.) The very young may find such exotic locales exciting and new, but for those of us who've been there and done that, come on, publishers ~ start thinking of the rest of the population profile. Give us what we want. Meanwhile, here's what was in the Bookseller: "Bookshops are facing quotas on the number of foreign authors they can stock as the government plans to launch a "British Books for British Readers" campaign. The Bookseller has learned Prime Minister David Cameron is set to give a speech today [1st April] outlining his latest iteration of the "Big Society". A DCMS spokesman said: "The publishing industry needs protecting from the Browns, Larssons and Meyers of this world. We think British literature should be celebrated, not swamped. Crime novels set in gloomy Scandinavian forests have an unfair advantage over our cosy domestic settings, so we have to level the playing field to protect this vital domestic industry." Under the plans, 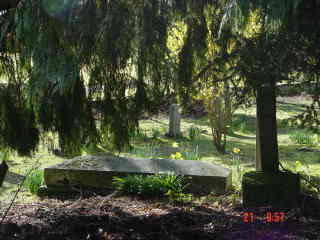 bookshops will only be able to hold 10% of stock from overseas authors. Using rules originally framed for international football, authors with British grandparents could qualify as British. The government is also examining the special case of Irish writers. While Northern Irish writers could controversially be classed as British, Irish authors such as James Joyce and Cecelia Ahern would fall foul of the proposed rules. Authors such as Kipling and Orwell, both born in India to British parents, or J G Ballard, born in China, would remain eligible. The status of British authors who move overseas or adopt "foreign" writing styles, like Lee Child, remains a grey area. Foreign publishers reacted quickly to the news. "We don’t have to take any more Alexander McCall Smith or Jeffrey Archer you know," said Danish editor Uwe Binhad of Loof Lirpa Associates." I think the tone tells me it's a bit of spoofery.
exotic locations reading reading habits

Anita Davison said…
OK, I read almost to the end before I realised what date was on this - but actually I quite liked the concept - I too like English settings - preferably prior to 1900, but that could be because I like to set my stories in this eras too.
4 April 2011 at 10:53

AnneMarie Brear said…
Phew, I make the list then with English parents! LOL
I'm with you, I'm not interested in reading about certain places. Though I do like the odd story set in India. LOL
4 April 2011 at 11:06