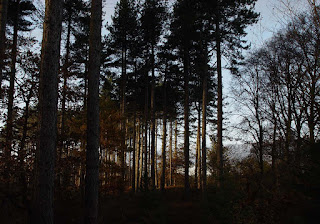 You may have seen these before, but I've just found them this evening and decided to quote them here so I can refer back to them later. Some of them are priceless! Others I need reminding about. I've truncated them to one liners, except for (3), which I couldn't resist putting in full; if you want to look see them in all their glory, follow the link.
Ten rules from Elmore Leonard
(Using adverbs is a mortal sin )
1 Never open a book with weather.
2 Avoid prologues
3 Never use a verb other than "said" to carry dialogue. The line of dialogue belongs to the character; the verb is the writer sticking his nose in. But "said" is far less intrusive than "grumbled", "gasped", "cautioned", "lied". I once noticed Mary McCarthy ending a line of dialogue with "she asseverated" and had to stop reading and go to the dictionary.
4 Never use an adverb to modify the verb "said" . . . he admonished gravely.
5 Keep your exclamation points ­under control. You are allowed no more than two or three per 100,000 words of prose.
6 Never use the words "suddenly" or "all hell broke loose".
7 Use regional dialect, patois, sparingly.
8 Avoid detailed descriptions of characters
9 Don't go into great detail describing places and things
10 Try to leave out the part that readers tend to skip.
fiction rules for success writing

Maggi Andersen said…
And then ignore all the above. Gosh those edits sound tough. I had one where I was only allowed two 'was' on a page, now that publisher is frowning on 'as' she wants one per page. We are subjected to editing trends I suspect.
25 October 2010 at 10:42