Men do not notice... 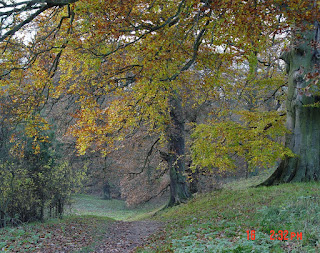 MOST improbable headline of the week? “Men do not notice women in high heels.”
It followed publication of a study by Northumbria University, where researchers observed men’s reactions as a series of women walked past, some wearing stilettoes, some not. Apparently their recorded emotional response to women in high heels and those in flatties was indistinguishable. Well I’m sorry but either the guys had water flowing through their veins or someone at the university had forgotten to plug in the machinery. Of course blokes “notice” women wearing high heels! Saying they don’t is like saying women don’t “notice” a man in uniform! (And by “notice”, we all know what we mean). Along with sheer stockings and lacy underwear, high heels are among the most potent weapons in a woman’s amour armoury. The research also said that the men couldn’t tell any difference in the way women walked depending on whether they were in pumps or heels.Whaaat?!? I refer you to an early scene in Some Like It Hot (the funniest film ever made) in which Tony Curtis and Jack Lemmon watch Marilyn Monroe sashaying along a railway station platform. She is, of course, wearing killer heels. “Will you look at that?” Lemmon breathes to Curtis. “It’s like Jello on springs...” I rest my case. Men of Northumbria, hang your heads in shame.
This came from Richard and Judy in the weekend's newspapers. Since Northumbria Uni is where I did my library science and in my local city of Newcastle, I can tell you that there are some who dislike make-up and would claim that personality and intelligence far outweighs physical attributes. Sounds like the researchers hit on a group of such people.
And before you all die of boredom, here's the last set of rules for writing fiction

Neil Gaiman
1 Write.
2 Put one word after another. Find the right word, put it down.
3 Finish what you're writing. Whatever you have to do to finish it, finish it.
4 Put it aside. Read it pretending you've never read it before. Show it to friends whose opinion you respect and who like the kind of thing that this is.
5 Remember: when people tell you something's wrong or doesn't work for them, they are almost always right. When they tell you exactly what they think is wrong and how to fix it, they are almost always wrong.
6 Fix it. Remember that, sooner or later, before it ever reaches perfection, you will have to let it go and move on and start to write the next thing. Perfection is like chasing the horizon. Keep moving.
7 Laugh at your own jokes.
8 The main rule of writing is that if you do it with enough assurance and confidence, you're allowed to do whatever you like. (That may be a rule for life as well as for writing. But it's definitely true for writing.) So write your story as it needs to be written. Write it ­honestly, and tell it as best you can. I'm not sure that there are any other rules. Not ones that matter.
fiction rules looks personality physical attributes Some Like it Hot

John Hoskinson said…
I honestly don't care if a woman is wearing high heels or not. If you notice someone for what they're wearing and not for who they are, then it's just not right.
30 September 2010 at 11:44

Jen Black said…
I don't know why women go through the torture of wearing heels if they don't think it makes them look smarter, sexier and more feminine! Some do it to look taller, to give their clothes a better line, but right down at the bottom line it means they think heels make them look better.
1 October 2010 at 09:13