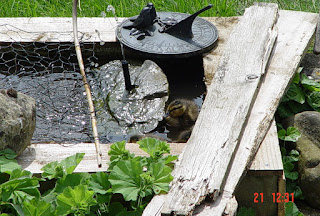 Petrol is 119.9 pence per litre, or £1.20. Diesel is 120.9, super unleaded 124.9. That’s £5.40 per gallon. If the average car does 35 miles to the gallon, that’s £5.40 every 35 miles. The trip to Wooler last week was 65 miles x two = 130, so that means the trip cost £24. A trip to Edinburgh would be £37. Ullapool? £118. A day out or a trip away has suddenly taken on a whole new dimension!
I’m still editing my wip. I find the mind stops editing and starts reading if I do too much at a time, and because I have no deadlines, I can afford to be slow and thorough about it. People recommend reading aloud, don’t they? Anyone tried it? Does it really work? I haven’t and think I might get an attack of the giggles. I’m still checking for missing/awkward/jarring plot points, and deepening characterisation, but that doesn’t mean that I miss the clunky bits, and the places where I’ve used twelve words when six would do. Unintended repetitions are dealt with severely. And I’m looking for prettier ways to say what I want to say, looking for better style, I suppose. If I can see a place to add imagery, I’ll do it if I think it’s good imagery. It has to work on several levels. 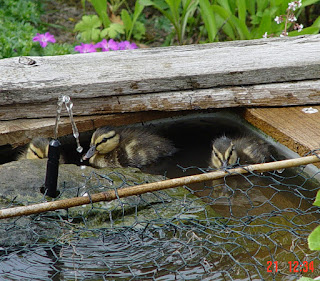 What do I mean? Well, my protagonist is a commoner. His best friend is minor gentry. They think differently, and they employ different accents and different words. Harry has a more extensive word choice at his disposal, but Matho is blunt and straight to the point. Sometimes when I’ve been writing, I’ve given Matho Harry type dialogue, so now I’m exchanging all his Harry type utterances for what would come naturally to Matho. Harry might say a girl was utterly beautiful, but Matho would grunt and say Aye, she’s pretty.
We had visitors to our small, rustic type garden pond today. The little darlings were eating tadpoles as fast as they could until a big bad magpie attacked them, and they ran into the bushes and vanished. I hope they survived, ‘cos mother duck was no where in sight.
ducklings editing petrol travel writing

Anita Davison said…
Lovely photo, Jen and I too hope the ducklings survived. Their adventurous spirit of finding your pond on their own bodes well for them. I agree about Harry and Matho, one would use flowery, complimentary language and the other would be blunt and grudging.
22 May 2010 at 12:20