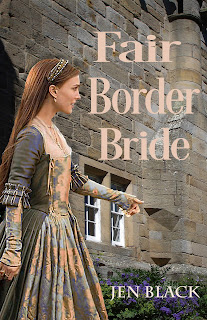 Distraught when  her father threatens to kill Harry - the man she loves - Alina turns to Aydon's humble guard captain for help. Matho must quickly set Harry free before Alina is forced to marry a neighbour's son.

Full of wry border humour, this is an exciting historical romance set in 16th century Northumberland where border reivers, rustlers, outlaws, and gangsters terrorize the Anglo-Scottish frontier.
It is also the prequel to the Scots Queen series of historical romances.

(Fair Border Bride was originally published in paperback as Til the Day Go Down.)