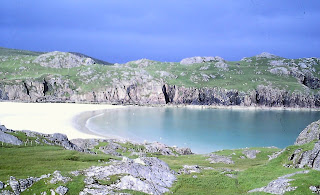 It's stupid really. I now have two first chapters.

From not writing for weeks, I now have two ideas on the go - and that's all they are - ideas in my head.

I wonder if I could  bring them together somehow? It seems silly to write two stories at the same time, especially if one is  set 200 years before the other, with different characters and locations. Not to mention the missing plot, which I talked about in the last post. I don't know what is going to happen in either story.

This has never happened to me before. I don't think the two stories are combinable.

It's madness, really, to keep going with them both. It's a bit like something I read about  that prolific American writer of contemporary romance - she said she wrote one story in the morning and edited a second one in the afternoon, and that way she kept herself fresh for both.

I think I shall see how I go. It is possible that both will go to completion, but it is also very likely that one - or both - will run out of steam very soon. As long as only one disappears that would solve my problem!