This makes me happy 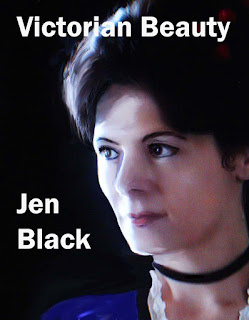 A little self promotion today - a new review of Victorian Beauty has gone up on Amazon and since it says more than simply I like/love this book, I'm posting it here:


4.0 out of 5 stars New Twist on a Romantic Cliche 23 Jun 2013
By Margaret Chrisawn
Format:Kindle Edition


There is a plethora of romance novels involving heroines with physical or psychological scars, dark, brooding heroes, a precocious child or two, loyal housekeepers, and remote, rural settings with slightly forbidding manor houses, or even castles. To use any of these literary chestnuts these days is dangerous, I think, unless the author is good enough--and sufficiently inventive--to overcome so many clichés huddled under one roof, so to speak.

Jen Black has done that admirably in Victorian Beauty, which succeeds on a number of levels, where others have failed abysmally. Read the plot synopses elsewhere--I`m more interested in the author's skills at making what could have been a hackneyed tale come alive again, fresh and fun to read. First, her writing is smooth, economical and, in quite a few places, graceful and evocative. There was never one of those moments, on the first page or elsewhere, where I had to sigh, hoping the writing would improve as I turned the pages. It was good from the beginning--what a relief! Second, Ms. Black's setting--the North of England--is one she knows, so now I know it as well, or at least that small part of it. Her descriptions are elegant, imparting exactly what's needed to lead the reader fully into the scene, and then move on. That's a neat trick which many authors have failed to master. Most important, however, are her characters, Melanie Grey and Lord Jarrow. Melanie is neither a beauty nor a typical Victorian noblewoman, but most fortunate for the discerning reader, she is not a "feisty" heroine saddled with the ridiculous trappings of the 21st century. She's vulnerable, to be sure, and she has her moments of fear and weakness, but she leavens those with an endearing nosiness--this woman will pry into things in a heartbeat!--a rather endearing refusal to be obsequious to anyone, including her employer, and a bit of rock-solid strength when she needs it. Jarrow has his moments of brooding, but for reasons that become clear only much later in the book, and are quite a revelation. He may be tall, dark, and moderately handsome, but I don't hold that against him--no one will eventually fall in love with a troll. The interactions between these two provide the requisite sparks, conflicting outlooks on the world and how it works, and an intriguing two steps forward, one step back pas de deux that makes an historical romance so entertaining--when it's done right, as it is here.

Ms. Black consistently writes outside the mold, the formula, or the whatever-it-is of historical romance. Her style, to include the sometimes wry, sometimes quotidian, and almost always refreshing take on her characters and the period she portrays, is a breath of fresh air. Additionally, the two main characters are ones you might want to spend time with outside the confines of a Kindle, and the minor characters are equally well-drawn, beyond the trite and true.

There's a lot of junk out there, folks, so spend your time and money wisely. This is a book I can recommend without reservation, and I don't usually like historical romances,
Reviews romance novels romantic cliches romantic suspense self promotion Victorian Beauty Victorian heroines