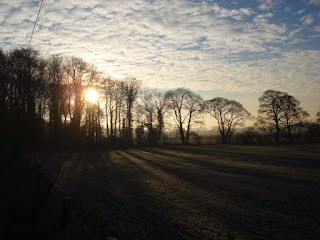 The UK is an astonishing place. Some fascinating facts overheard, read or otherwise imbibed this week - The population of London is now 53% ethnic, (so where are all the indigenous English going?), universities are sobbing that they need more overseas students (since English students are falling away and thus staff will lose their jobs) and lawyers are so hard pushed for work that they will persuade anyone to sue anybody for anything or demand a public enquiry/apology for something that happened  thirty-five years ago and the BBC is somehow to blame because Jimmy Savile did nasty things all over the country.  Pity he isn't here to answer the rumoured 450 people who say he violated/abused them, say I. Even more of a pity that they didn't say anything when he was alive. Can I detect a hint of lawyers in this, too?

Against all this mayhem and madness, the closure of the odd library doesn't seem so very important. Here the Guardian states that the UK has lost over 200 branch libraries this year and 146 the year before that. In my own region, Newcastle is threatening to close ten out of the city's eighteen libraries. The city council seems to be making more effort to save the Christmas lights than it is to save the libraries. If companies can be persuaded to fund the Christmas lights, why can't they fund a branch library? Would it be so bad to have a Fenwicks library or a John Lewis, even an M& S library? Better than no library at all, I'd say.

Since I appear to be on a rant, let me add that I've always thought Christmas lights are a waste of energy. Buy energy saving light bulbs, they tell us. Switch off unwanted lights, turn down the heating in rooms you don't use, half fill the kettle...and then all over the country they go and blast the sky with unwanted light in the name of Christmas. Everyone seems to have forgotten it's a religious festival and pretty, sparkling lights don't matter. Grrrrrrrrrrr!