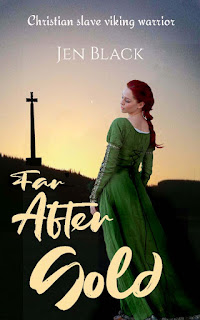 I've been trying Amazon Ads and so far, I'm making a profit.

Not a great profit, but  definitely in my favour.  In following the course I learned that my approach to marketing was dismal, and so I've been uprating my book descriptions, dreaming up hooks and renovating all my covers. They may not be perfect now but they are an improvement and may still change in the future

It takes a lot of time and effort to do all this, because I have to find out where I'm going wrong  before I can try to put it right. I've lost count of how many videos on compositing and graphics in general I've watched - not to mention the talks I've listened to on the best way to use Ads. It has meant that I've been absent from Facebook and Twitter but then - would anyone notice my absence? 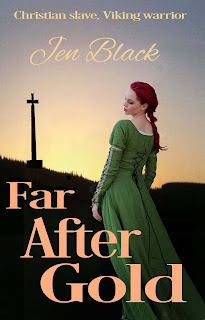 revised Alba is Mine. In doing so I discovered how much my writing

has improved since 2005, which was a bit of a surprise.

I have put the new cover for Far After Gold up today as a comparison. It isn't that old, as my covers go, but I learned that a linked series of books ought to have the same font and cover treatment. If you check the pages for my books at the top of this blog, you will find that all my "Viking" books are now using the same fonts for the title, sub-title and author. (I've just noticed that the newest cover  I've put up here does not have a capital letter for Viking. I'll have to rectify that very soon.) So: Far After Gold, Viking Summer, Viking Bride and Magician's Bride are now "linked."

I'm happy. Now it is time to get back to planning a new book.

If you've ever wonder about the title I chose its an old saying that "Man will travel far after gold." 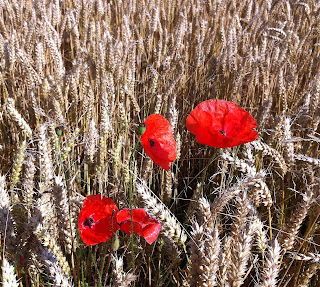 Kahina Necaise has written (for the History Quill) a clear  description of the fault that often annoys readers – and so I have  jotted them down here to remind myself of What-Not-To-Do.

Read the whole thing here: Head-hopping: what it is and why you shouldn't do it - The History Quill

1. Head-hopping disorients readers, preventing their immersion in the story

2 compromises the emotional coherence of a scene

3. hinders connection with charactersBottom of Form

5. comes across as clumsy

hese notes are for me to remember:

Less common in today’s fiction, the omniscient POV is still a perfectly workable and engaging way to tell a story…..

The  omniscient POV presents the story from the perspective of a single character: the narrator, who has a distinct voice. Even when it dips into the thoughts of a particular character and colours those thoughts with that character’s voice, it’s clear that this is not the narrator’s voice. We’re still anchored in the narrator’s POV………..

An omniscient POV narrator’s switching from one character to the next is strategic. All the POVs that it presents fit together in a way that supports the scene as a whole. 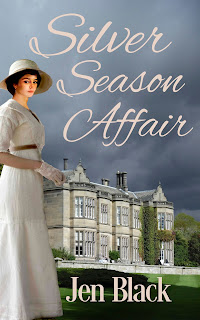 I have another review up on Discovering Diamonds today.

Many thanks to the reviewer ~ Anna Belfraga.

Romance
1911
England
"Having married into an aristocratic family in Yorkshire, American Ellen desperately needs a child. The family expects an heir. After three years with a loving husband it seems the desired child will never arrive, and when a dangerously attractive estate worker makes an outrageous suggestion, Ellen is mortified. She dismisses the idea, but the temptation becomes irresistible and in the steamy sensuality of the long hot summer of 1911 desire consumes them both, with dire consequences for one of them."
It is 1911 and the heatwave that will plague England over the summer months is already becoming a nuisance. Or so Ellen thinks as she wanders off on a solitary walk, preferring to walk through the woods to avoid the heat. And there, just beside the gazebo she bumps into one of the gardeners.  Yes: it must be the heat. How else to explain how the wife of Charles, Lord Dipton and future sixth Marquess of Durrington, allows this unknown gardener to lead her inside the gazebo and there seduce her?
I must admit to having some initial problems with the premise. Ellen and her husband are desperate for a child—Charles’ grandfather is threatening to disinherit him unless there is the pitter-patter of small feet—but Ellen is also very much in love with her husband. She is also a lady, very aware of her station in life and in general not at all reckless. For such a woman to leap into the arms of one of the estate workers…well...?
While it would—perhaps—have been credible to have Ellen consider just how to sort the child issue and do whatever she had to do (with closed eyes) to present Charles with the much-needed heir, what blossoms between Ellen and Tom is instant, fiery passion. This is not a solution to Ellen’s problem. In fact, it adds another complicating twist.
However, I may have had reservations about this premise, but Jen Black is an admirably competent writer. Not only is she adept at recreating the historical setting, she is also skilled at presenting us with complicated characters. In this case, it is Tom who turns out to be as multi-layered as an onion, much to the surprise of, among others, Ellen’s husband, Charles.
The heat builds and builds. In casual bits and pieces, Ms Black presents the growing political friction in Europe. In England, there is a new king to crown, a young Prince of Wales to invest while the nation pants under a relentless sun. For Ellen, tension spirals, making it unbearable to see Tom, just as unbearable not to see him. Plus, there is Charles, the man she truly loves and admires.
And then finally, the heatwave breaks. The heavens crack open and in the resulting storm, life will be irrevocably changed for Tom and Ellen. This reader found herself reaching for the tissues repeatedly as the final chapters of Silver Season Affair rolled by.
Always a sign of a good read!
Reviewed for Discovering Diamonds
© Anna Belfrage
e-version reviewed 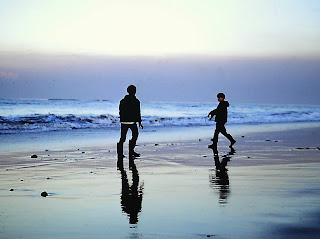 These last few months I have renewed most of my e-book covers.

The e-covers are easy and I enjoy doing them. Some turn out better than others, but even so, it is a pleasure, and gives me a task to do while I await inspiration as to the story I am supposedly moving forward.

I am finding the paperback covers much harder to change and given the low number of paperbacks sold, I'm wondering if it is worth the hours it takes. Or the frustration, for that matter. Amazon instructions are never harder to interpret than when loading book covers!

On the other hand, I should be able to manage it, given time and patience.

It is hard to believe that the two boys in the picture are now in their fifties and one is actually having his sixtieth birthday this year! This is one of the many slides dh and I retireved using a film scanner.