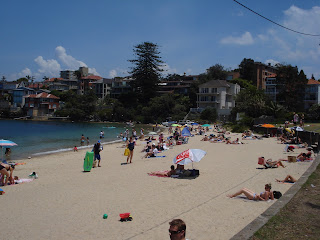 First time since about February.

So to cheer everyone here's a pic of a nice hot beach in Australia where they are just coming into their summer. For those already in Australia, it is forecast for 3 degrees C here tonight, and I think it was 4 last night. I now you think 14 is cold, but spare a thought for the UK!

Otherwise, life proceeds as normal. We watch the figures for disease going up and wonder if our five days in Scotland is going to happen or not. Are we heading for a general lockdown again? I hope not.

Ever since I watch Monarch of the Glen years ago, and more recently on BBC4, I wanted to go. So I booked in January for a week in October. Hopefully, we'll still get there. Isolated cottage in the woods. No neighbours. Shouldn't be a problem. There was a re-run of A Murder is Announced with Joan Hickson as Miss Marple on tv the night before last, and lo and behold, the police inspector went to Ardverekie to interview the millionaire sister! "Whoa! He's gone to Glenbogle!" I cried. I do hope we manage to get there. In case there might be difficulties shopping for food there, I've been building up a small cache of necessaries to take with us. Lots of rice and pasta.... 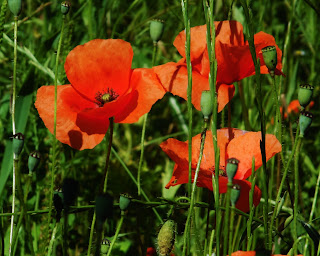 This is an experiment to see if I can upload an image and not screw up whatever text I wish to add.

I've uploaded the image first and clicked on it which allows me to place it where I chose.

To add labels, I tried typing above the line instead of below it, and it worked.

I suppose if I continued to add text, it would behave as normal. The preview looks all right.

Tim had his stitches and staples removed today, slept most of the afternoon and has tormented us for food ever since. He has had his normal quota, but is driving us mad......

Recently Word 365 has changed the way it handles grammar.

I have never been a fan of the Oxford comma, but now Word 365 bludgeons me into using it, or else I end up with a document covered in blue lines.

I'm one of those people who like a clean ms so I give in, but really, I must investigate the Language menu and see if I can stop it.

I think this is one of the reasons why readers say in reviews "there were typos." English and American English may be similar, but in many respects the two languages are different. If there is an alternative way to spell a word, then American English always uses a different spelling to the English version. Some grammar is different, too, but the differences are not mistakes. Microsoft Word is a great system, but it should not be changing the way I use my native language.

I wonder if MW has anything to do with the current habit of using "watching on" when they really mean "Looking on?" You watch something and you look on - that's the way it has always been and there is a subtle difference in use. As a spectator, you look on without taking part. As an observer, you watch something, usually closely and attentively.

So is another thing Word annoyingly handles in one way when there are various ways it can be used. It must be why so many people start sentences "so," and then pause and go on and the word so was never really needed at all.

Another failed innovation in my view, is Blogger. I cannot find a way to upload a photograph with out distorting the text. I've given up trying to load a pic tonight.

Our visit to the vet this morning went well, except that I had misunderstood the instructions on one of the drugs. Thhe instruction was 2 tablets twice a day, and I have been giving Tim one tablet twice a day. Thank goodness I got the others correct.

However, on the whole he is looking lively and on the mend. The stitches and staples come

out next Tuesday so its no brekkie for Tim that day. There are countless staples in a 2.5 inch wound but he leapt in and out of the mini like a showjumper today. Last night  he was allowed back  upstairs to sleep. We've been taking turns to sleep downstairs with him - we had a mattrass and a duvet!

I might get back to my pc and some promo woork soon. Working on the laptop is OK but there so much stuff I don't have on here.

When your dog is ill 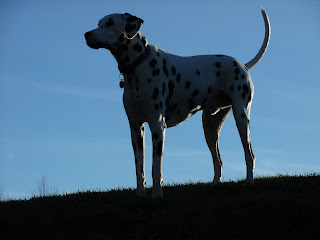 The last few days have been spent nursing my dog

Tim after his op to remove bladder stones. He has stitches internal and external, plus staples to make the wound even more secure. At first looking after him was easy, because of the after effects of the anaesthesia, but now he is thinking he should be doing all the things he uusually does.

Unfrtunately for him, jumping on the bed is definitely not allowed, and going upstairs is forbidden for a few days. No running, no jumping, no barking at other dogs...and four pills to take every day.

I am so glad he is doing well. Watching you dog pee blood is alarming, but according to the vet, not unusual for a few days. In almost eight years of life, Tim has developed 12-14 stones in his bladder, and we had two emergency blockages in June when he coud not pee. Drugs to dissolve the stones did not do very much except make the darn things more rounded and smooth, so we are hoping that we'll have the next eight years without anymore drama.

Needless to say, writing and evrything else has taken a back seat, but hopefully we'll soon be back to normal. 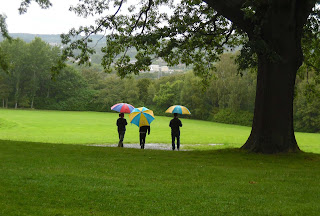 How many people lived in Pemberley, Downton or Chatsworth?

When we read  novels of  life among the nobility or watch tv and film on a similar topic, we are rarely given details of life as a servant. The great houses were the major employers of the day right up until the Industrial Revolution. A  lord, and certainly a duke, would own several properties and each would have a resident staff. Mining, tree felling, forestry and a home farm would all be done within the estate by estate workers. In the 1820s entertainment was done on a grand scale, and since guests often brought their own staff,  it is difficult to pin down the exact number of staff in a house at any one time.

One way of obtaining a reasonable estimate is by checking lists of salaries and other payments held in archives of houses like Dunham Massey. The old rule of payment once a year had changed to twice a year by 1820. Servants were either resident at one house all year or listed as "travelling" staff, in which case they moved from house to house with the family.

A typical number of resident servants would be twenty-one, broken down as six women ie housekeeper, housemaid, two still-room maids, a kitchen maid and a dairy maid. Of the men, only four were indoor servants ie the house steward, the porter, the brewer and usher. Outdoor servants included the  land steward, head gardener, two gamekeepers and five out-gamekeepers, one groom and a stable-boy.

The travelling indoor servants were listed as the cook, the valet. the butler. two under butlers and three footmen, first housemaid, and two lower housemaids, four laundry maids and two ladies maids. Outside there would also be the coachman, under coachman, a postilion and two grooms.

Across the whole estate, the typical number of servants might number seventy-eight. When the obnoxious school teacher in Downton accuses Lord Grantham of not knowing his kitchen maid's name, she might actually have had a point!
Posted by Jen Black at 12:14 No comments: