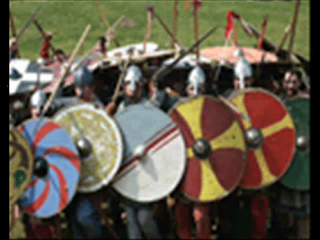 Authors on social media are angry about the new service ~ the National Emergency Library, from the Internet Archive. It offers borrowing of 1.4 million books without a waiting list. Some think it is great.

Others think “allowing unlimited downloads of books under copyright, for which they have not paid, and have no legal right, is piracy.” It is not only illegal but also removing a source of income from authors when they need it most.

The Authors Guild  thinks the Emergency Library uses the coronavirus pandemic as an excuse to weaken copyright law. The Association of American Publishers declared itself stunned by the “aggressive, unlawful, and opportunistic attack on the rights of authors and publishers in the midst of the pandemic.”

The Internet Archive maintained that it was doing absolutely nothing predatory or illegal, and that it was simply stepping up to help the nation’s readers during a national emergency.
Readers just looking to access books while also staying home could be confused.

Most public libraries have shut their doors. You can still access ebooks through their systems, but there may be a waiting list for the most popular books. Many indie bookstores have closed their doors. Amazon does not prioritize nonessential packages. So where can you go to get your book fix?

The Internet Archive argues that it is doing what public libraries do, only it has eliminated the waiting list. Authors argue that it is making a rights grab that affects their bottom line.
Traditional libraries license their ebooks directly from the publisher.

The Emergency Library does not. Libraries license ebooks from publishers and lend them out to patrons, but they pay substantially more than individual readers do when they license ebooks. (You never really buy an ebook — you just buy a license to read it.)

The files that libraries lend out have code embedded that makes it impossible for them to go to more than one patron at a time — hence those public library waitlists.

This model allows libraries to make their books accessible digitally, but it also allows publishers, and by extension authors, to get paid for their work without losing sales.

Back in September 2013, I was not too keen on the new series of Downton Abbey.

“the first episode was very close to boring. The most exciting thing to happen was O'Brian disappearing into the night leaving only two notes behind on the mantelpiece. Not that she's a loss, really. I never liked her, and she is the one who spoilt the Granthams’ last chance of producing an heir.” But the programme didn't sparkle. Perhaps it is hard to sparkle when there are widows and relatives in black all over the house and neighbourhood. Lord Grantham is being absurdly dictatorial and instead of giving stick-thin Mary a shake or two, he continually urges everyone to let her be; let her grieve in peace. Silly man.”

Since then, would you believe, I have bought all the CDs and watched every episode so many times I have lost count. My perceptions have changed, and not only because the episodes have filled many an hour of winter television where the programmes on offer were too gory for me to enjoy.

I understand the characters better now than I did in 2013, and even if Robert is too kind to bereaved Mary, he is consistently kind to everyone throughout – except perhaps to Barrow. Carson is not kind to him either; I was drawn into Barrow’s story this winter and had a lot of sympathy for him. His transformation through the series was well done and so, surprisingly was Edith's. I cheered when Bertie Pelham became the Marquess of Hexham and Edith  told the family "That's the thing. He is the Marquess." Robert's delight, Mary's horror, and Cora's aside to Mary - "Anyone would think your were jealous, dear, and we wouldn't want that, would we?"

I shall be watching the CDs again, whenever there is a dearth of good programmes to be had on live tv. 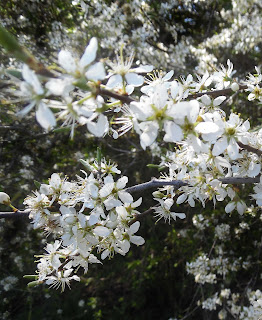 If we believe the tv news, then sales figures suggest the UK was stockpiling novels last week as people prepared for a spell in isolation.
Unhappily, chains like Waterstones are deemed non-essential and have closed too but it does mean that those who sell e-format books may do well. Sales of fiction rose by a third, children's education went up an astonishing 234% - a record figure. Puzzle books, handicrafts and true crime also rose.
Nielsen Book are keeping track: "We've seen significant jumps in sales of puzzle books, adult colouring titles, home-learning titles for children, study guides, and we have seen been a big increase in sales of paperback novels."
Waterstones may be closed, but supermarkets are still open, and they sell paperbacks. So do Amazon. Physical book sales may now plummet as readers turn online. Waterstones online sales have risen 400% week on week.
It reported a "significant uplift" for classic titles like Gabriel García Márquez's One Hundred Years of Solitude and Love in the Time of Cholera, Toni Morrison's Beloved, F Scott Fitzgerald's The Great Gatsby, and Sylvia Plath's The Bell Jar.

"Our bestseller is Hilary Mantel – there is plenty of time now to read those 900 pages of The Mirror and the Light. It's doing really well," said Waterstones fiction buyer Bea Carvalho. 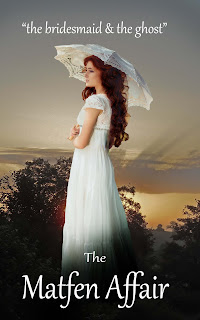 Doing my bit to ease the lockdown situation I'm making one of my titles free for a little while as from today. Others will follow in due course.

So why not hop over to

and grab a copy while you can? 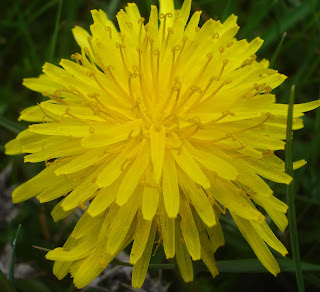 Honey bees live through the winter as a colony, unlike wasps and bumblebees.

They don’t hibernate but stay active and cluster together to stay warm, which requires a lot of food.   Bees have been collecting and  storing honey during the summer in the UK for something like one hundred and fifty million years. They need 20-30 lb of honey  to get the through an average winter.
In a good season, an average hive will produce around 25 lb (11 kg) surplus honey. It takes a huge amount of work, for the bees fly 55,000 miles to make one pound of honey. Romans valued it so much they paid taxes in it, and Neolithic farmers stole it from the bees when they could.
Bees collect the sweet sticky nectar from flowers, mix it with enzymes from glands in their mouths and then store it in honeycombs – the hexagonal openings  we are familiar with - until the water content has been reduced to around 17%. Then the bees seal it with a thin layer of wax until they want to use it. Once capped, the honey will keep indefinitely. Honeycomb found in the tombs of the pharaohs was still edible after three thousand years.
Melissopalynology is an established science that allows researchers to study the landscape and its vegetation over millions of years by analysing pollen extracted from soil samples. It is also useful in modern day analysis of soil samples in criminal cases or predicting hay fever levels.
I once listened to a lecture at a conference which I must admit I now remember imperfectly, but the gist of it was that a coffin from medieval days was opened a decade or two back in or around the locality of St Bees Head in present day Cumbria. Unusually, the coffin was sealed and unbroken. On opening, the archaeologists discovered the body had been embalmed in honey. The eyes were still “wet” but of course soon crumbled as air reached them as it did immediately the coffin was opened.

I’m sure they will be a paper about this somewhere in some university library. I must remember to look it up and read it one day. 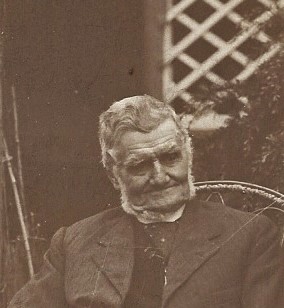 1911 was remembered as the year of the heat wave.
Summer temperatures climbed after May and hovered between 80F and reached 92F (33C) in King's Lynn in Norfolk breaking all previous records for East England. By the end of July the lack of rain and scorching sun resulted in a paucity of grass as pastures turned brown. Farmers were forced to raise the price of milk. By late July song birds were silent in the fields and lanes. In early August the health of England was faltering in the continuing heat.
The sun continued to burn down, and activity in meadow and field ceased. Water pumps and village wells ran dry. The relentless sunshine became oppressive. People crossed to the shady side of the street.
Sun-darkened skin was undesirable and acceptable only in the labouring class and sunburn was a serious hazard
On 11 September the average temperature suddenly dropped by 20 degrees and prospects of rain before long were expected
The Lady magazine was already devoting several pages to new autumn fashions, and sumptuous furs had arrived on the rails of the new department stores. The long, hot summer was over.
This is the background to my latest writing. Seen through the eyes of Ellen, an American dollar princess who finds herself in trouble because she seems unable to become pregnant – and there is a large estate dependent on there being an heir.