Can't help myself. I've been on a Downton binge lately. Here in the UK we've been watching a re-run of the whole series. I caught up to the fact by the episode where Sybil and Tom confront the family and watched all of it from there on to the very end - which I hadnever seen first time around. Then a friend and I went to see the new film the week it came out. This morning I've decided to purchase the original script as there is no novel version.  I'm very much  curious about the Edwardian period, so much so that  it could feature as the setting for my next historical romance!

As for the film, I feel it was  done because the tv series was so popular. Nothing wrong in that, but there was little of the plot that structured each episode for tv. Every character was given consideration and a chance to play their part, so in that sense, it was good, but added little to their character arc.

Only Barrow had moved on, accepting what he was and making the best of it. It was good to hear Dowager Lady Grantham spouting her acerbic lines again, to see Mary and Edith being less bitchy with each other and Tom finally getting romantically interested again. Seeing how well he dresses it occurred to me that he must have inherited whatever money Sybil had, which gives him the independence he so badly needed. All in all, an enjoyable evening watching  characters doing what they do best.
Posted by Jen Black at 12:14 No comments:

How to Write a Best Seller

Back in October 2014, Alison Feeney gleaned the following top tips after talking to Sophie Kinsella. Does this advice still stand, and how well? 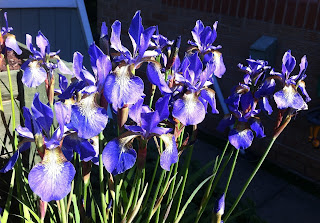 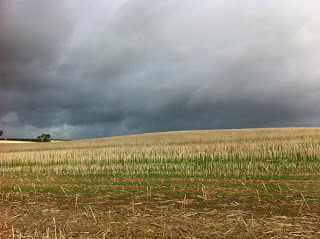 The Authors Guild suggested that Amazon’s dominance is partly responsible for loss of earnings for US authors.

Amazon says the findings are flawed.

The report was published in  early 2019, but I never saw it at the time, which is why it is interesting now when I have been looking at my own stats.  On the whole I made more sales prior to 2014 than I do now. One thing the report does not consider is the vast number of books that are now self-published. One report I read stated over 7,000 a day!

The Authors Guild said the median writing income in 2017 fell 42% from 2009 and pointed out the growing dominance of Amazon as a reason for this. The company now controls 72% of the online book market in the US and keeps costs down and takes a large percentage, plus marketing fees, forcing publishers to pass on their losses to authors.

Amazon disagrees and points out significant differences between the data it compared in its recent survey and years prior, with many of the survey’s conclusions flawed or contradictory. It claims earnings increased almost 17% for traditionally published authors and 89% for self-published authors, and that full-time authors saw their median income rise 13% since 2013.

Are you an Indie? 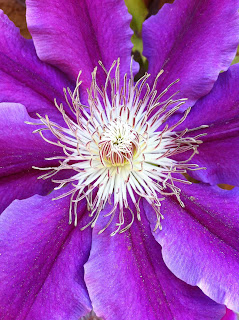 Not long ago being an Indie author meant paying to get your books printed and shipped to you, and then selling them, one by one, as best you could in your local area. Waterstones would look down their nose at your slim little volume and local libraries would take one grudgingly, flick through it and say “Oh, but it’s such small print.”
Then the ebook and Kindle appeared on the scene and everything changed except the work - the hours, days, weeks and months of research, writing, editing, and re-editing to get a manuscript ready for publication – that hasn’t changed at all.
But everything else has and is still changing. An indie author now needs to market and sell their books in a very different way.
An ebook can be transmitted, in an instant, anywhere in the world. But to make this work, you must be online, with internet, blog, website, and a working knowledge of social media. You also need to be alert to the constant changes in this world.
Never heard of metadata? You need to check this site: an expert at writing metadata. Make sure you know about keywords and categories. Decide if you are sticking with Amazon and ignoring every other selling channel, or if you want to sell through other outlets as well.
Then there’s the question of designing a cover yourself or paying someone to do it. Some people believe you must pay for editing not once but twice and sometimes three times. By the time you have paid out all this money, it is doubtful if you will ever get that money back in royalties.

Then there is advertising. Such a tricky business many authors are signing wannabe authors up to expensive courses on how to achieve success with online ads. Teaching people to write has become a college, university and freelance opportunity - and an expensive one at that. How many people can afford £20k for a university course to teach someone to write a novel?

Not I. I'll just soldier on, learning by doing it the hard way. By trial and error. Doing something and seeing if it works. Discarding it if it does not. It keeps me out of trouble. If I were twenty something and craving a career as a successful author, all thee expensive routes might be worth taking, but I'm not, so it isn't. Oh, and by te way, have you noticed I now have an author page? Jen Black's Author page should find me.
Posted by Jen Black at 10:04 No comments:

DG and That man in a Kilt 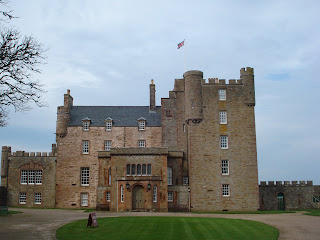 Way back in 2000 Diana Gabaldon wrote the following:

I have a lot of friends – published and unpublished – who just can’t write without a fully worked-out outline. But there are an equal number who start work with only the roughest of notes, or with no outline at all (me for instance.)

The thing is, writing is the only important thing; it doesn’t matter how you write; nobody can tell, looking at the finished book, whether you had an outline or not, and who cares? If it’s helpful to you, that’s one thing – but sometimes an outline may seem as though it’s holding you back and preventing you from writing at all.

Look – a book is a very organic thing. It grows and changes, as you write it. It doesn’t matter how detailed your outline is, once you’ve started writing, you’ll see things you never thought of, your characters will begin to talk to you (if you’re lucky they’ll take over and tell parts of the story to you), and the whole thing will take on a life of its own. As you work – or after you have a complete entity, at least in rough draft – then you’ll have enough feel for it to make decisions about what to cut, what to keep, what to expand.

I’m not saying this works for everybody, but I started my first novel – for practice, I never meant to show it to anybody – with no outline, no plot, no characters, even; all I had was a time and place, and a vague notion that there should be a man in a kilt.

I just started in where I could sort of see something happening, and wrote. The next day I wrote some more. Then I couldn’t see any more happening there, so I wrote something else that I could see. I kept this, and as I wrote tons of these little pieces, I got a sort of feel for the overall shape of the story, and could start to stick the pieces together and move them around.

I wonder if DG has ever regretted having that man in a kilt peer up at Claire standing in a lighted window?