Not a happy time 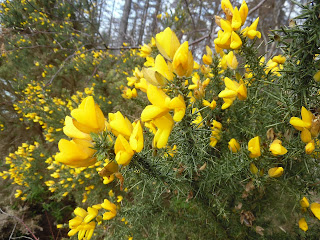 Frogspawn is in our mini pond again this year. Several weeks later than our next door neighbour - but then his pond is much larger and I think that is where the local stud frog resides most of the time. Some of the trees have greened up nicely this week, hawthorn, gorse  and some of the fruiting wild cherries are in bloom and I've planted out some primroses and Dianthus - so now the weather forecasts are predicting frost this evening. I hope they all withstand the sudden cold.

I wouldn't want to be a police officer these days; not that I ever did. The tv shows such ugly scenes with enraged people yelling at each other that the officers must feel their lives are in danger every time they show up for work.

I keep thinking of the research with rats that claims the creatures will live peaceably together in one habitat until numbers increase beyond an invisible line and suddenly they start squabbling with each other because they are overcrowded. Not that people are rats; but put too many people together in one place....with nowhere to go....is it a possibility? I hope not.

Developers put up netting to prevent birds nesting and presumably they think the birds can go elsewhere. Have they looked around them these days? Everywhere green spaces are being built on and the poor creatures have nowhere to live. I'm looking at my garden wondering if i can make it more bird friendly.

Do you talk like a character in a book?

This interview with Phillippa Gregory interested me. She's talking about language in her books:"In terms of styles of language‚ I deliberately took the choice to use fundamentally modern language‚ but quite pure and quite simple. So I don′t use slang and I don′t use modern idioms. This is to make it acceptable to a wider audience and to write as well as I possibly can without being limited by language.

For example‚ if I was to write a novel set in France and there were French people speaking French to each other − I wouldn′t put that on the page in French‚ I′d put it in English − and the reader understands as it′s part of a convention of reading a novel‚ that when someone is speaking Russian or French you don′t get a page of Russian or French − you get it in English.
If someone said to me that the past is a foreign country‚ it seems to me that it speaks a foreign language. So in terms of any notion of thee and thus and thy‚ superfluous words‚ I tend not to use them as it′s so strange to the modern eye. You also gain nothing by using them and the chances of rendering them correctly are very slim.
In the case of early modern society we don′t know how they spoke‚ we know how people have written down Shakespeare plays‚ but we don′t know how people actually spoke or what they sounded like. We do believe however that Anne Boleyn maintained the French accent throughout her life as she believed that it made her a bit special‚ I mention this in the novel. But in terms of how actually people spoke‚ we don′t know‚ so I won′t even make a guess."Some authors do attempt language as they thought it was spoken. Patricia Finney is one of them. I once tried her book  Firedrake's Eye, but didn't get very far with it. More of a struggle than a pleasure in my view, but of course, others love it. She "endows her players with a rich language--essentially modern English lightly laced with fanciful syntax and Elizabethan vocabulary."

On Nov 26, 2003 Roz Kaveney wrote in the Telegraph : "The books' language is a triumph. Finney finds a workable compromise between anachronistic slanginess and a verbose rhodomontade that would probably more accurately represent much of Elizabethan speech."Now rhodomontade is not in my trusty dictionary, but rhodo means rose coloured. However, the internet tells me it means "pretentiously boastful or bragging." Still, it doesn't tempt me to go find the book and read it. Would you?
Posted by Jen Black at 11:46 No comments:


Since I’m doing so much editing at the moment, it fills my mind. Different writers do different things, but if you choose to do your own editing rather than pay for it, then some thoughts here might help.
I spent a good few years as part of a critique group of a fluctuating number of perhaps 12 to 15 writers, so I got to see a lot of stories of various types, written by all sorts of people. What I saw there helped me to become a better writer. By spotting the good and bad in others, I learned to (hopefully!) spot what is good and bad in my own work.
After plenty of time has passed since you raced the words down and typed The End, take up your printed pages and a marker pen. As you read, mark the words you’d like to remove, the sentences you want to rejig, etc. At this stage, find the problem patches but don’t do anything to your computer copy. Plot inconsistencies should leap out at you. Make a note of them, and later, check your basic plot-line. Did she die in 1542 or 1568? It’s important. The two dates might be mentioned forty or more pages apart and be a slip of the memory as you were writing.
About now I’d start up the computer and begin to make the changes I’d marked – always double checking that I really agree with the decision as I go. Sometimes I stick with what I had originally!
Then I do a second read through, using a different colour marker pen for the second run through. I'd do the same if I did a third run through. Occasionally I spot a first marker where Word has not saved the change I made.
Consider your plot from a readers’ point of view. Is it believable? More importantly, does it work? If there is confusion, I do chapter summaries, which helps me to spot the detour where the plot went off-line You may prefer a grid or chart of some kind and it really doesn’t matter. If you can follow the logic of the plot, that is good.
Once this is done, it helps to look at the balance of the book. Too much of one character? Too much on one scene? An important character gets little attention? Mark this up for attention later.
As I get closer to the story and the characters, I can see where I need to deepen the character – or omit repetitive stuff. It is easy to say one thing and almost repeat it word for word 100 pages later. Spot these and remove, leaving the one which works best.
My style of writing has changed over ten years. When I re-edit an old story, I find I am removing a lot of when he spoke, she got up, turned and glared, glanced, strode; crossing the carpet was a favourite! Now I omit them or incorporate them more gracefully. It certainly lowers the word count! I think I now have control of point-of-view and showing and telling; psychic distance was a more recent discovery but made complete sense once I knew what it was.
The latest versions of Word offer better help with grammar etc and spelling; there is also a read aloud facility and when I’ve made the changes I shall sit down and let the computer read the whole thing to me. That should encourage me that I’m getting there. There may be odd things to correct like including hyphens, punctuation and the odd spelling error, or a missed word.
But essentially, this is what I do. How many times I do it depends in the book! 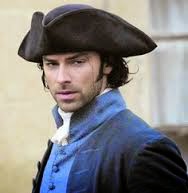 Her lovely blog stimulated me to sort out my views on the subject.
I think both extreme ends of the range of books set in a historical period are easily recognised and acknowledged by all, but it is the section in the middle where controversy rages.

On the far left we have category romance, where the romance is the only thing the author and the reader, presumably, is interested in. Category romance specifically does not want sub-plots and sub-characters running off and doing interesting things, taking interest away from the hero and heroine. The author must focus on the couple in question. These days, interest does not stop at the bedroom door. More and more blow-by-blow encounters are detailed inside the bedroom - or the equivalent. It must be an age thing, but four and five pages of these encounters often have me skipping over them. But I digress. My taste in sex scenes may be a little less graphic, but that isn't what the post is about.

The other extreme is of course the literary end. These books are often three and four times longer and detail all sorts of other things beside the central romance - if there is one. C J Sansom manages to write almost 450 pages without a central romance featuring at all and I love his books. Cornwell's Sharpe has a few stabs at romance but there is so much more about daring-do, war and skullduggery. Writers like Forester, Clements, Winston Graham, Mitchell, Gabaldon and Parrish follow a similar pattern as we head towards the more middle of the range works.

This where the lines blur. Readers will put authors  in differing places on the line. Some will say Gabaldon is literary because she has great swathes about the American War of Independence in her Outlander series. So did Mitchell in Gone with the Wind, but in both those books, the central theme is the love affair between Claire and Jamie, and Scarlett and Rhett. We could be very analytical about it and put every title on a sliding scale of romance v literary-ness, but who has the time? Certainly not me! It is a task for each reader according to their personal taste, should they chose to do it.

The other thing that affects the argument is the male-female reading bias. In general terms, though not everyone fits into these divisions, men like action, women like romance. Men like tighter writing, women want feelings explained. Men's reviews still  seem to have more kudos than those written by women. Men, of course, review the Sansom, Forester, Cornwell "serious" type of historical novel. Perhaps they write better reviews? I don't think I've seen this type of historical novel reviewed by a woman, but they must, surely? If not, they ought to.

PS ~ Perhaps Byron had the answer when he said "Man's love is of man's life a part; it is a woman's whole existence." Follow that through and you have an answer to the basic question, though you may not like it.